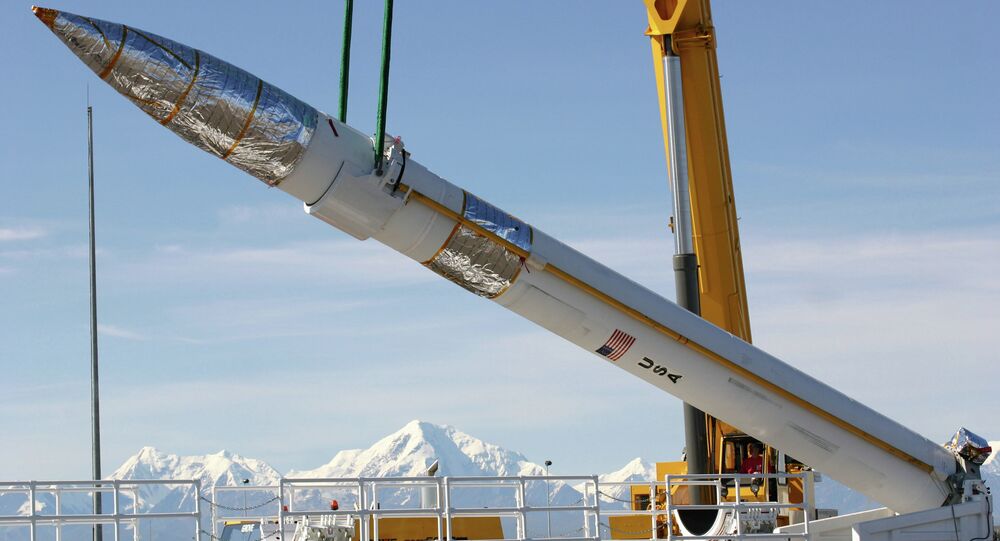 The Pentagon's $40 billion missile defense system, designed to shield the US from incoming ballistic missiles attacks, could not be made workable, Theodore Postol, professor emeritus of Science, Technology and National Security at MIT told RT.

© AP Photo / TPX IMAGES
What Could the US Do to Stop a North Korean ICBM Attack?
The system, which is a major component of Washington's national missile defense strategy, is formally known as the Ground-Based Midcourse Defense (GMD). It is supposed to intercept even nuclear-armed intercontinental ballistic missiles.

However, a report, released by the Government Accountability Office last week, showed that the technology at the heart of the GMD has limited capabilities. Postol is less optimistic. "I think basic physics would tell you that this system not only doesn't work, but it will never be able to work," he insisted.

"This has nothing to do with engineering technology, it has to do with the basic physics that the system tries to exploit in order to tell the difference between decoys and warheads. This is a fundamental problem with the system," he explained.

In addition, the United States "ruined" its relations with Russia while pouring billions of dollars into the GMD, Postol added.

"The mindless pursuit of the system has caused the break with Russia and has created high levels of tension when none of this should have happened," Postol noted. "This is an indication of a massive failure in US political leadership with regard to doing sound things for not only the defense of the US, but also for global stability."

By continuing the program, the US, according to the expert, also risks ruining relations with China.