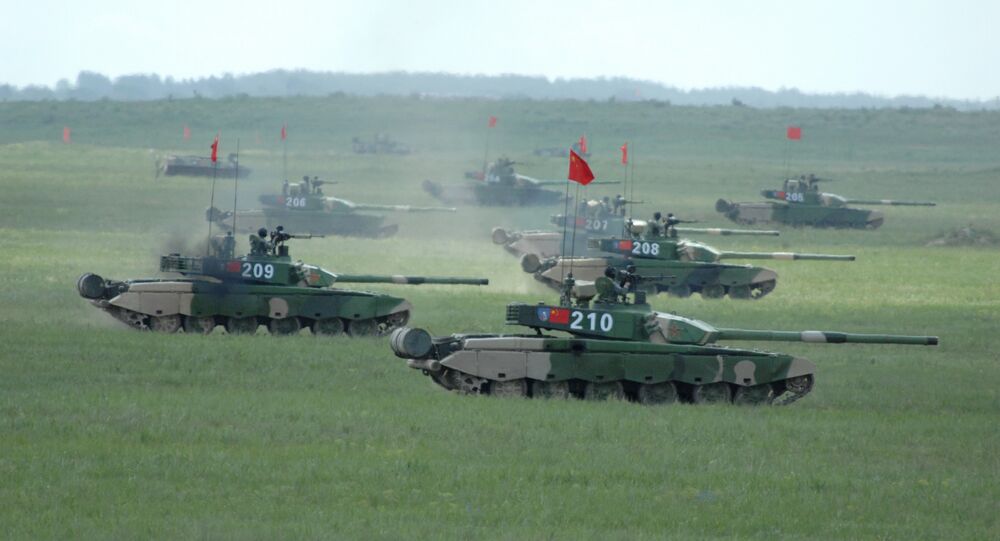 As Chinese military investment grows, it has also steadily increased its arms exports, nearly doubling weapon sales in the past five years.

According to a new report from the Stockholm International Peace Research Institute (SIPRI), a military think tank, Beijing has seen a sharp decline in arms imports and an even sharper rise in exports.

Taken together, these figures demonstrate China’s growing confidence in its weapon development.

"The Chinese until ten years ago were only able to offer low tech equipment. That has changed," said Siemon Wezeman, Senior Researcher with the SIPRI Arms and Military Expenditure Programme.

“The equipment that they produce is much more highly advanced than ten years ago, and attracts interest from some of the bigger markets.”

That growth follows the investment of billions into its arms industry. The 2015 defense budget in the country of some $141.45 billion, is a 10% increase over the previous year.

According to the report, defense spending is partially driven by the conflict in the South China Sea, where the United States has escalated tensions over Beijing’s construction of artificial islands in the Spratly archipelago.

Most Chinese weapon sales are going to the country’s neighbors and regional allies. Bangladesh and Myanmar, for instance, are major customers, but the vast majority of Beijing’s exports go to Pakistan, accounting for some 35%.

The world’s third-largest arms exporter, China still trails far behind the United States and Russia, accounting for about 5.9% of the global market. Still, Beijing’s growth greatly outpaced the US, which saw a 27% increase during the same period.

"Although concerns have been raised in arms-supplying states over Saudi air attacks in Yemen, Saudi Arabia is expected to continue to receive large numbers of major arms from those states in the five years," the report reads.