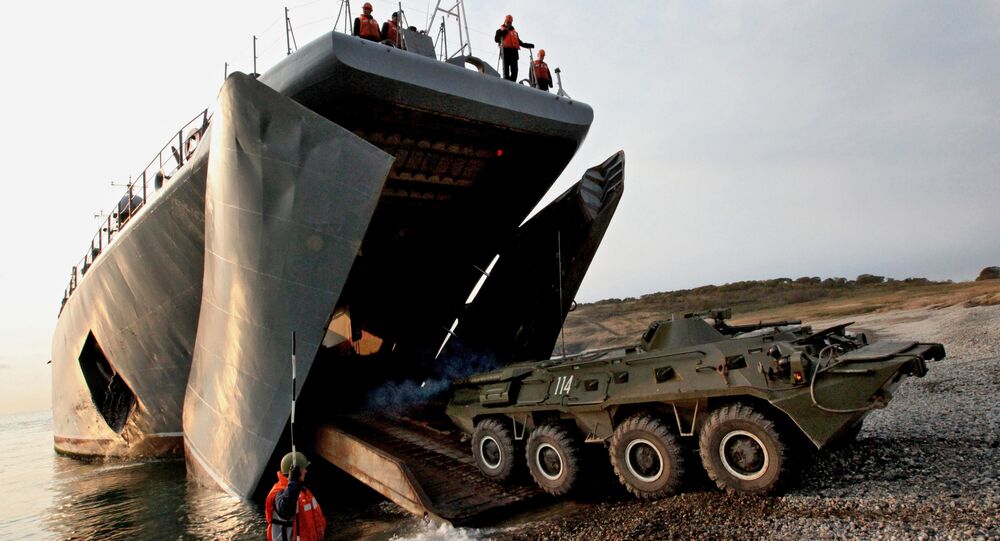 A spokesman for the Russian Navy said that Russian marines carried out drills last week involving exercises on recapturing a civilian vessel seized by pirates.

"Between February 17 and 21, within scope of the preparation program for conducting tasks in counter-terror groups on Russian Navy ships, carrying out tasks in sea and ocean zones, marines at the Navy's Joint Training Center took part in tactical drills involving inspection exercises, as well as freeing a civilian ship captured by pirates," Igor Dygalo said.

Marines carried out inspections of various vessels' utility rooms, living quarters, as well as ship superstructures and decks. The exercises also involved simulated detention of pirates and actions to free hostages, according to the ministry's press release.

Around 200 marines from various Russian fleets are taking part in the anti-terror training program. The three-month program aims at familiarizing the marines with the interior of Russian ships and is based on the Russian Navy's experience in tackling counter-terrorism at sea.

Russian warships have been carrying out an anti-piracy mission to ensure the safety of navigation in the Horn of Africa and Gulf of Aden since 2008. In early 2015, the Russian Navy's commander-in-chief said that warships and support vessels would continue efforts to prevent pirate attacks on civilian ships in the area.