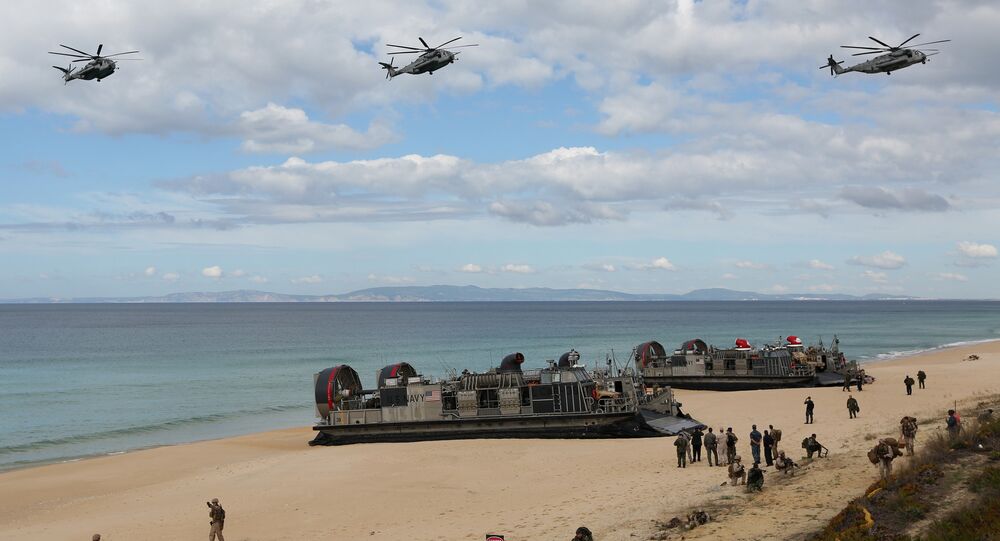 The US Navy is trying to upgrade its arsenal as soon as possible as it does not want to lag behind the Russian and Chinese navies. However, the US is unlikely to develop any new missiles earlier than 2020.

© AFP 2021 / ANTONIO P. TURRETTO
'Unfair': US Navy Bemoans Test That Shows Major Vessel Vulnerabilities
The Pentagon has asked Congress to allocate a budget for 2017 in the sum of $434 million, directing it for the update of 250 Tomahawk cruise missiles.

This type of missile has one of the longest ranges at 1,852 km. Moreover, the US Navy is seeking to adapt another Standard 6 (SM-6) missile for use against ships. If this modification is successful, according to US Defense Minister Ashton Carter, the range of the SM-6 will be increased from 249 to 370 km.

But the most important anti-ship missile of the US Navy according to the US Naval Institute is the RGM / UGM-84 Harpoon, it can be launched from a fighter jet and a ship or submarine. But the main disadvantage of this missile however, is that it is extremely short ranged — even less than 130 km.

According to RT, attempts by the US Navy to modernize its fleet urgently are caused by the successful demonstration of the capabilities of the Russian and Chinese navies.

In October 2015 the Russian Navy used Caliber cruise missiles capable of striking targets at a distance up to 2,500 km with an accuracy of three meters. The missiles were launched against Daesh terrorists in the Caspian Sea and they hit targeted areas in Syria with exact precision.

Simultaneously, China publicly demonstrated its ‘East Wind’ (Dongfeng DF-21D) missile with a range of 1,450 km and a high destructive power.