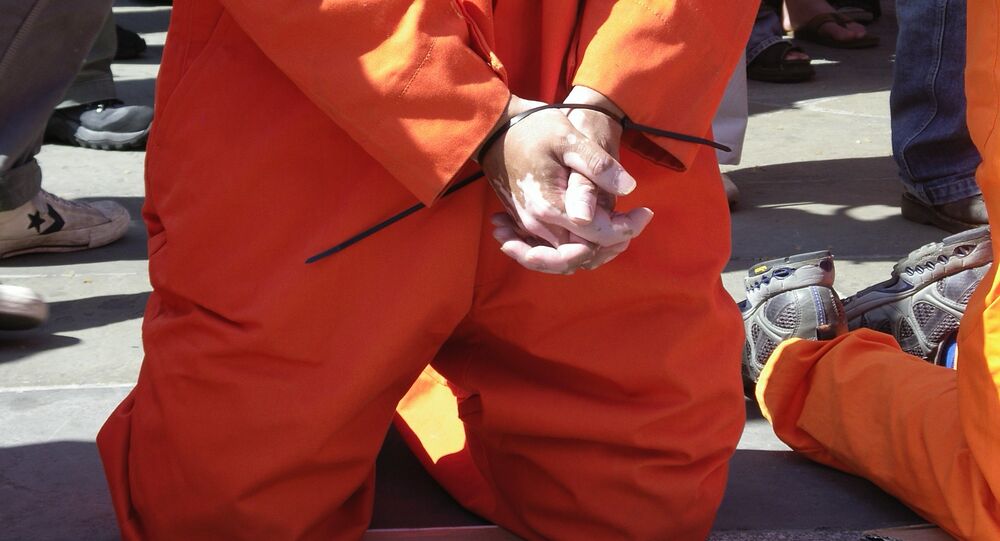 The former Guantanamo Bay detention facility chief Gen. Geoffrey Miller is scheduled to appear in a French court on March 1 because of his role in the US torture program, the Center for Constitutional Rights said in a statement.

WASHINGTON (Sputnik) — In 2014, the US Senate Intelligence Committee unveiled a 6,000-page report revealing the use of torture by intelligence agencies from 2001 to 2006.

"Miller played a key role in the implementation of the US torture program at the Guantanamo prison," the statement noted on Friday. "We urge the United States to make Miller available for questioning and let this judicial process run its course."

The rights group argued that Miller should appear in front of the court in France because French nationals were tortured at the Guantanamo Bay facility when he was in command.

"As long as the United States remains unwilling to fully investigate its torture program and prosecute its architects and senior implementers, justice will be pursued in courts and countries, like France, where it can be found," the press release said.

The use of the so-called "enhanced interrogation techniques," approved under the administration of President George W. Bush, included severe treatment of detainees at various detention centers, including the ne at Guantanamo Bay.