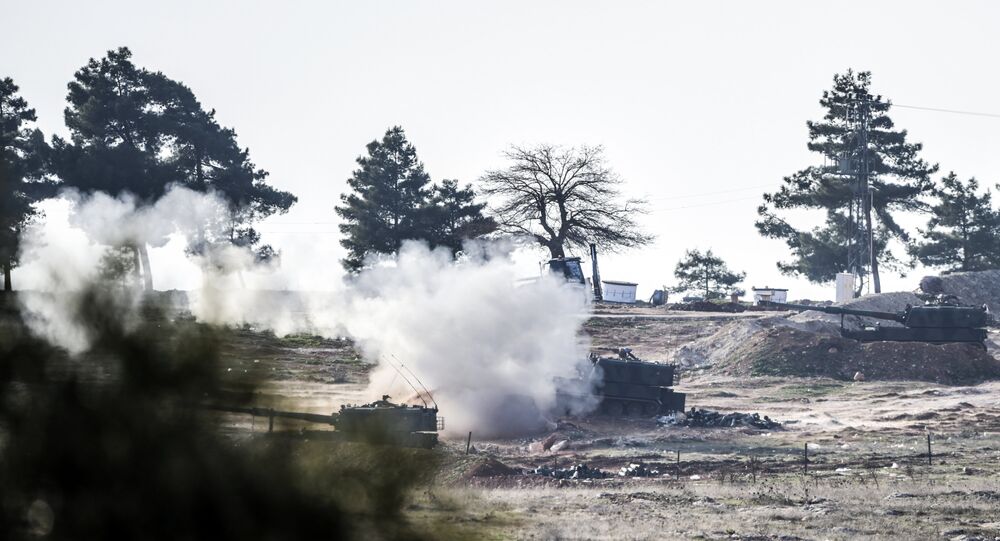 The United States is urging the authorities in Ankara to end all artillery strikes on targets on Syrian territory, US Department of State deputy spokesperson Mark Toner said in a press briefing on Tuesday.

WASHINGTON (Sputnik) — On Thursday, the International Syrian Support Group met in Munich on the sidelines of the Security Conference held there. The session resulted in the adoption of a final communique that set a one-week deadline for measures to be implemented to end the hostilities in Syria.

"We urge Turkey to cease its artillery fire over the [Syrian] border."

"We have not seen any evidence that Turkey is preparing any kind of a ground offensive [in Syria]."

The escalation of tensions in Syria with the recent military actions by Turkey against the Kurds is unlikely to trigger Russia-NATO confrontation, Mark Toner also said.

Asked whether Ankara’s actions against Kurds in Syria may lead to NATO confrontation with Russia, Toner said, "No. Obviously, Turkey is an ally and a partner in the [anti-Daesh] coalition, but there has been no NATO involvement… There is no cause to see any concern."

Will Media Accuse Putin of ‘Being Responsible for Merkel's Haircut' Next?