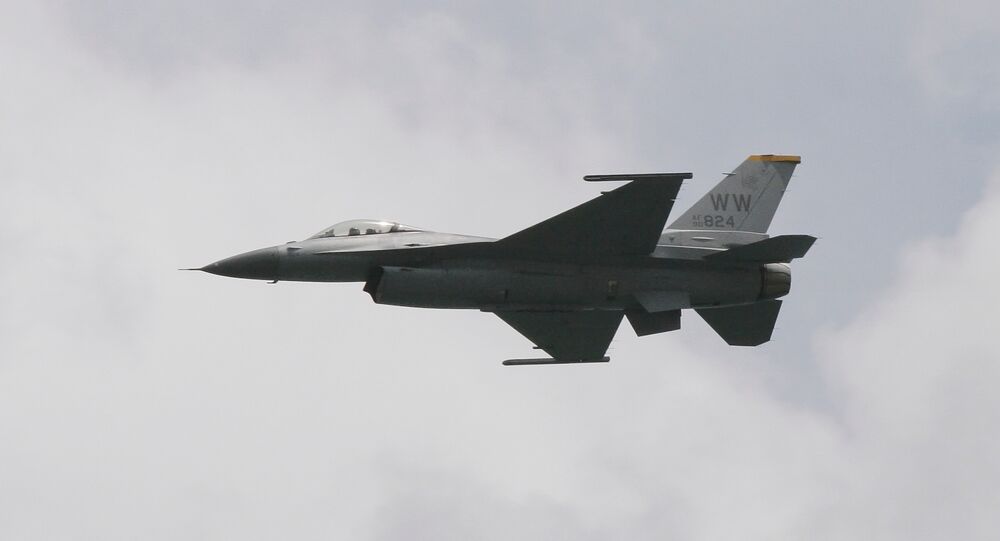 India is considering an offer from the US defense corporation Lockheed Martin to organize manufacturing of F-16 Fighting Falcon aircraft in the country, local media reported Monday, citing high-ranking sources.

NEW DELHI (Sputnik) — Besides the F-16s, the US side has also offered other options for warplanes, whose production may be launched in India. The proposal includes aircraft production both for the domestic market and exports, The Economic Times noted.

© Flickr / US Air Force
Lockheed Martin Allowed to Sell Eight F-16 to Pakistan
On Saturday, Indian Foreign Secretary Subrahmanyam Jaishankar summoned US Ambassador Richard Verma to express dissatisfaction after Washington announced the US Department of State had approved the sale of eight F-16 combat aircraft and other equipment to Pakistan.

Lockheed Martin offers India to produce more advanced version of the jets than those that will be delivered to Pakistan, the newspaper said.

Lockheed Martin is not the only company that came up with a business proposal on military equipment. Swedish SAAB offered to set up the production of the Gripen multirole fighter aircraft, whereas the French-based Airbus company suggested launching the Eurofighter jets’ manufacture in India.