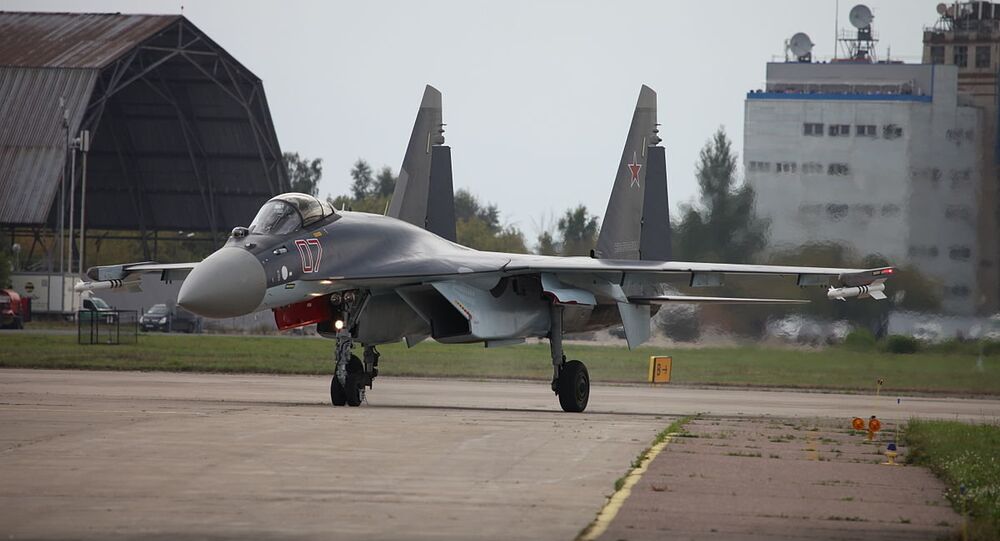 The remarkable performance of Russia’s advanced, super-maneuverable Su-35S multirole fighters in Syria has gained the attention of military buyers throughout the world, according to journalist, military expert and Director of the Center for Analysis of World Arms Trade Igor Korotchenko.

© Flickr / Pavel Vanka
Su-35S at Its Finest: Experts Explain What Gives New Russian Fighter an Edge in Syria
The comments come as a follow up to the recent announcement of Indonesian Defense Chief Ryamizard Ryacudu for the planned purchase of ten fighter jets.

"I will go to Russia in March to sign off the contract," Defense Minister Ryamizard told reporters on the sidelines of his meeting with visiting Russian Security Council delegation in Jakarta, according to local media reports.

He confirmed that the purchase would be limited to 10 units of the front-line Russian fighters.

Ryamizard added that Indonesia and Russia have agreed on the transfer of technology (TOT) terms regarding the purchase.

The Defense Chief also added that Indonesia would send its pilots and support personnel to Russia to undergo training in the maintenance and operation of the planes.

“SU-35 is one of the best aircraft on the world market of multirole fighters. The appetite for its purchase is being stirred up by its splendid performance in the airstrike campaign of the Russian Aerospace Forces in Syria, and high quality display of its combat capabilities,” Korotchenko told RIA Novosti on Wednesday.

He reiterated that China has already made a purchase request. Beijing signed a contract with Russia for the supply of twenty-four Su-35 fighter jets worth about two billion dollars, becoming the first foreign customer for the Su-35. The delivery of the jets will begin this year.

For Russia, the successful delivery of the fighter jets to China will further improve its position in foreign markets.

The Su-35 fighter jet (NATO reporting name Flanker-E) is an upgraded version of the Su-27 multirole fighter. It was first introduced to a foreign audience at the 2013 Paris Air Show.