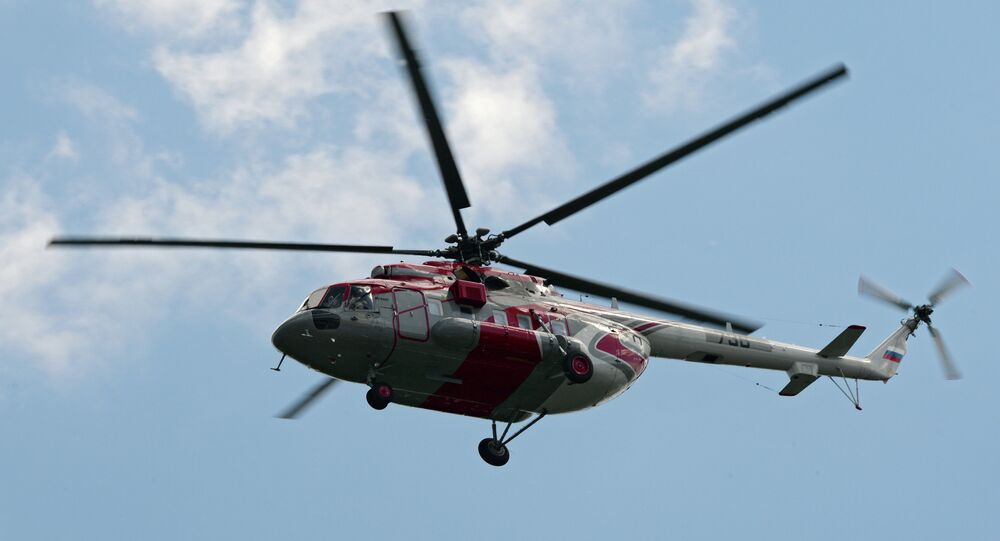 The Russian Helicopters company has supplied a Mi-171E helicopter, designed for corporate and VIP transportation, to the Ugandan government under a contract signed in 2015, the manufacturer’s press service said Tuesday.

MOSCOW (Sputnik) – The VIP version of the helicopter has additional thermal and sound isolation as well as advanced air navigation equipment, ensuring the flights’ safety at any time and in any weather conditions.

"The holding has delivered a Mi-171E helicopter with a superior comfort cabin to the government of the Republic of Uganda. The helicopter was delivered under the contract concluded by special [Russian] exporter Rosoboronexport in 2015," the press service said in a statement.

The Russian Helicopters is a leading chopper design and manufacturing company, headquartered in Moscow, Russia.

India Could Order Additional 48 Russian Helicopters in Near Future

Russian Helicopters to Carry Out Overhaul of Egypt's Combat Helicopters