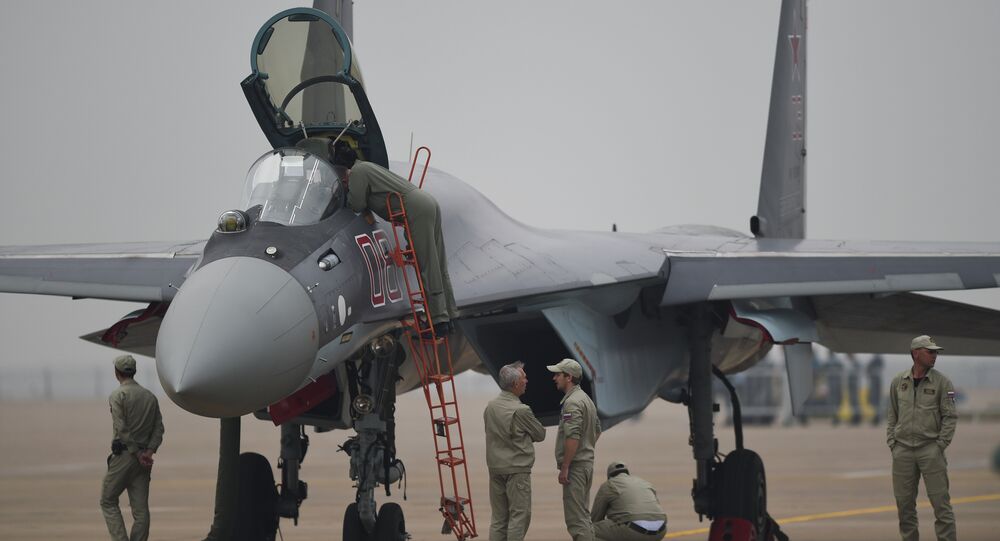 China’s purchase of 24 new Russian Su-35 aircraft is essential for Beijing. The Chinese Air Force will not only get new jets that could affect the balance of power in the Taiwan Strait, but may also allow the Chinese military to assess the progress and development of J-11.

The purchase of 24 Russian Su-35 in the amount of about $2 billion is the second largest transaction between the Russian and Chinese militaries, the Carnegie Moscow Center wrote.

© Sputnik / Dmitry Vinogradov
Customers ‘Lining Up’ to Buy Russian Su-34, Su-35 Aircraft
A year ago, a contract was signed for the supply of four battalions of S-400 anti-aircraft missile systems totaling around 1.9 billion dollars. The negotiations had begun in 2010-2011 and by 2014 many contentious issues had been resolved.

Looking at the advantages of the purchase of Russian aircraft by China, it seems that the Chinese are currently looking for additional ways of developing their combat aircraft capabilities.

As noted by the publication, between the two Chinese aircraft that are being developed at the moment, the J-20 and J-31, only the J-20 may be viewed as a fifth generation fighter.

As for J-20, which embodies the full potential of the Chinese aviation industry, the aircraft’s potential combat readiness is not very clear at the moment. This is supported by all the available capability of similar technologies available in the US and other countries.

The publication taking note of the Russian Su-35, however, mentioned that the new jet is a maximum advancement of the earlier fighter jet the Su-27.

Therefore, the acquisition of the Su-35 would allow the Chinese military to assess the progress and development of J-11. The acquisition may act as a guide showing the Russian approach to problem solving in stealth technology making it easier to further enhance the capabilities of the Chinese aviation.

It is probable that with the supply of 24 Su-35’s more contracts for units or various components for the new Chinese fighters, as well as technology transfer and R & D for the benefit of Chinese customers, may follow.

For Russia, the successful delivery of the fighter jets to China will further improve its position in foreign markets. It is expected that the next buyer of the Russian Su-35 may be Indonesia.