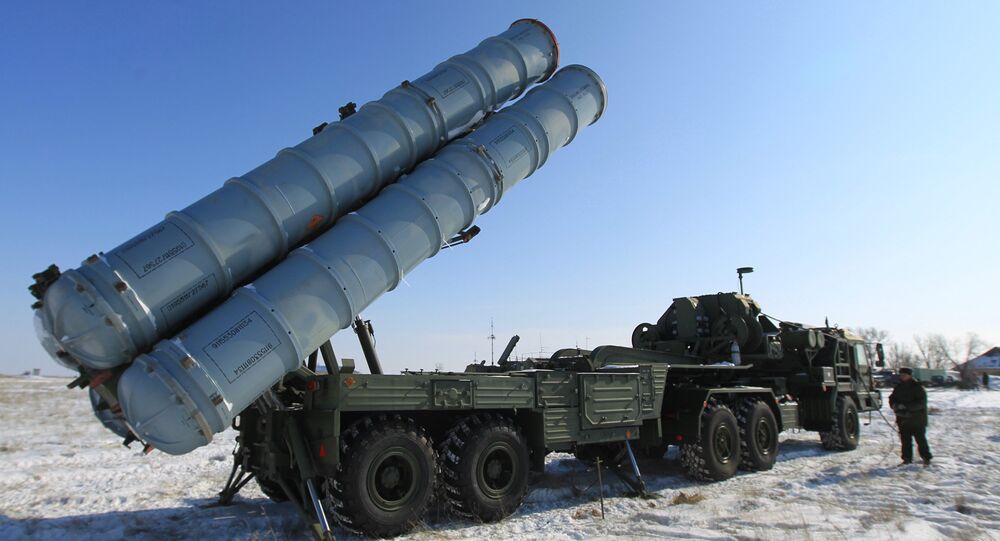 The cutting-edge S-500, designed by Almaz Antey, is said to have a maximum range of 600 kilometers (more than 370 miles). The highly-mobile system could simultaneously intercept up to ten ballistic missiles traveling at a speed of 5 kilometers per second.

Russia is gearing up to test the first prototypes of its next-generation Almaz Antey S-500 air and missile defense system.

© Sputnik / Mikhail Voskresenskiy
Ultimate Protector: S-400 Triumf Air Defense Systems Shield Moscow Skies
10
The system is so good, that "many US defense officials worry that even stealth warplanes like the F-22, F-35 and the B-2 might have problems overcoming" it, defense expert Dave Majumdar wrote for the National Interest earlier this month.

As a result, the S-500, also known as 55R6M Triumfator-M, will most likely form the basis of the country's multilayered air defense system as soon as it becomes operational in the coming years. First prototypes are expected to begin tests later this year.

Sound Off: Russian Air Defenses to be Able to Take Out Hypersonic Threats