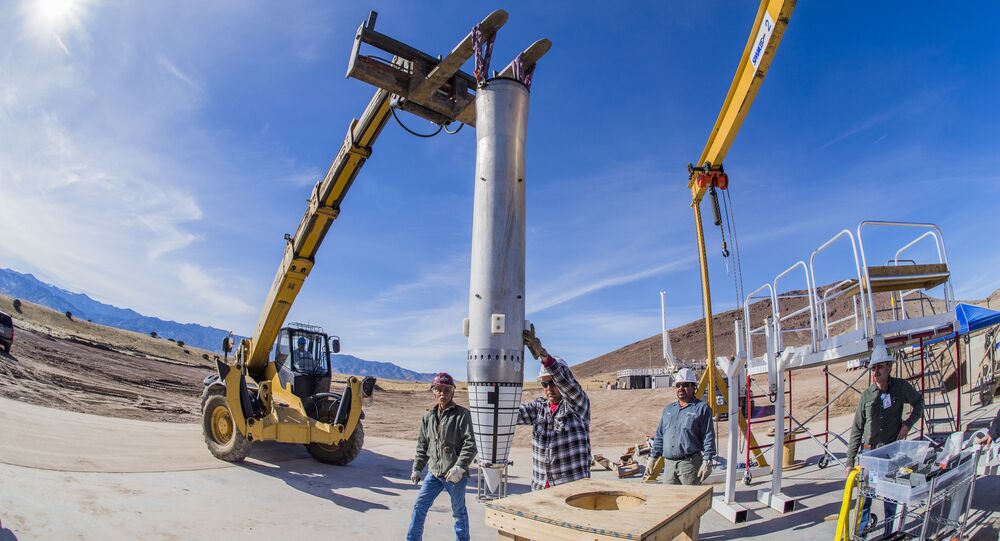 The B-61 nuclear gravity bomb needs design changes to be compatible with, and to be delivered by the new F-35 Lightning II aircraft, but it will be years before the US Air Force knows if the changes actually work, a Government Accountability Office (GAO) report said.

WASHINGTON (Sputnik) — In September 2015, the NNSA and the Department of Defense estimated the B61-12 life extension program would cost about $8.9 billion, the report noted.

"NNSA [Nuclear National Security Administration] is… working to ensure future compatibility with the F-35 aircraft," the report, issued on Thursday, said. "NNSA and Air Force officials said they will not know for several years whether steps planned to manage these risks are adequate."

Wikimedia Commons
US Modernizing Key Nuclear Bomb Amid Funding Concerns
The B61-12 life extension program faces ongoing management challenges in some areas, including staff shortfalls and a management system that has yet to be tested, the GAO warned.

"Remaining risks include the risk that components may fail in certain flight environments and risks related to testing of certain nonnuclear components," the report acknowledged.

A tight development and production schedule which the US Nuclear Weapons Council has described as having "little, if any, margin left" complicates efforts to manage risks, the GAO added.