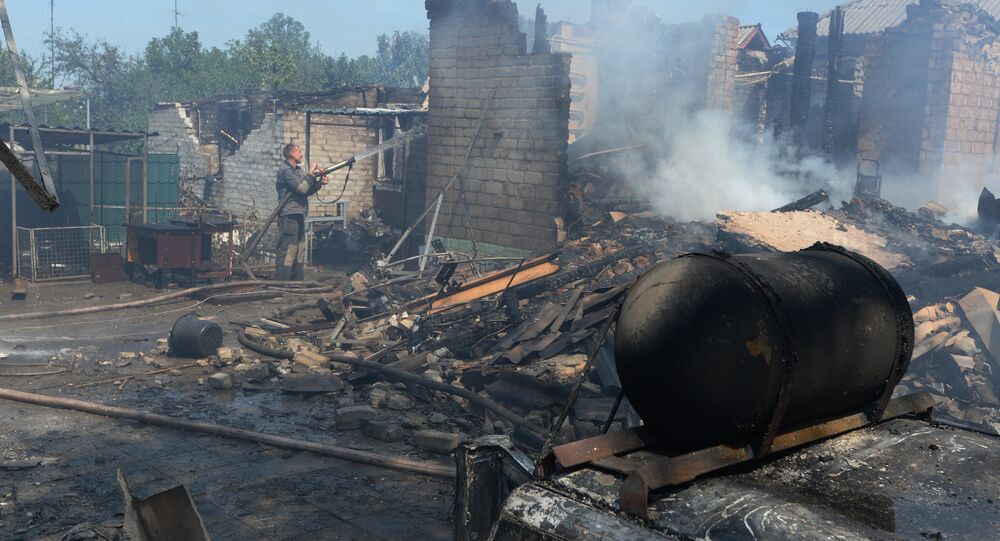 LUGANSK (Sputnik) – Kiev launched a special military operation in Ukraine’s southeastern Donetsk and Lugansk regions in April 2014, after local residents refused to recognize the new Ukrainian authorities, which came to power as a result of a coup.

"In the region of the Lozovoe village, fortification constructions were found meant for the adjustment of artillery fire," a spokesman of LPR people’s police said, citing intelligence data.

Intensified movement of motor vehicles with personnel and ammunition has also been detected in the Lugansk region, close to the line of contact between Ukrainian government forces and LPR militia, according to the LPR spokesman.

"So the military-political leadership of Ukraine continues its policy of a military solution in the southeast of the country," the spokesman told RIA Novosti.

According to LPR, Ukrainian forces have also been disrupting the activities of a checkpoint on the border between the self-proclaimed republic and the rest of Ukraine, by not allowing people to cross into LPR in order to ignite public discontent and direct it against Lugansk authorities.

The self-proclaimed Donetsk and Luhansk people’s republics (DPR and LPR), established in Ukraine’s southeast after the May 2014 independence referendums, have been calling for more autonomy from Kiev.

Both the Ukrainian government and the self-proclaimed republics in the southeast have been accusing each other of violating the Minsk peace deal.

US, Russia Made No Secret Deal Linking Syria Solution With Ukraine Crisis

German MP Doesn't Understand Why He Was Banned From Visiting Ukraine