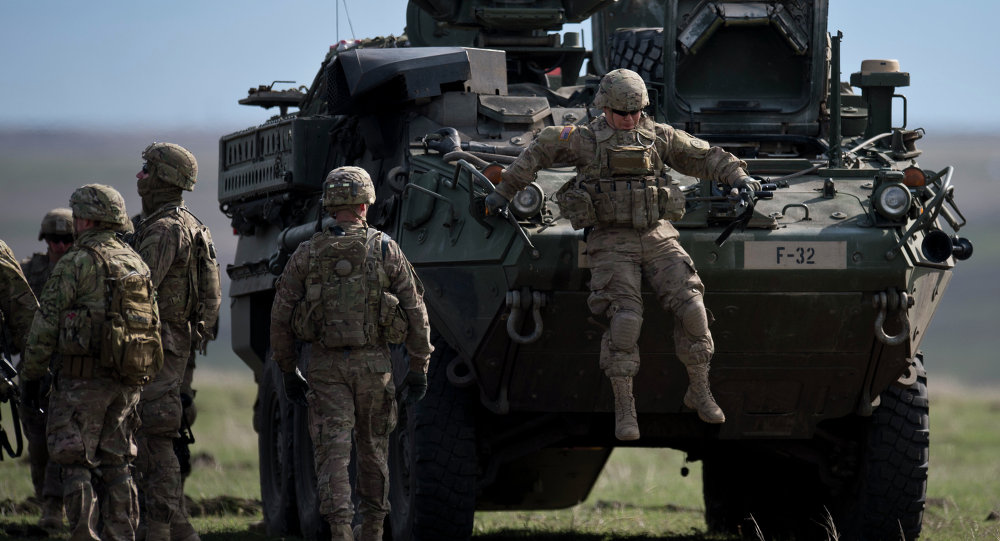 Epic Fail: Modernization of US Army Has Numerous Significant Pitfalls

The experts of the National Commission on the development of the United States Army are alarmed by the pace at which the military unit is being modernized.

© AFP 2019 / ROMEO GACAD
Not Ready for Modern Warfare? McCain Claims US Army ‘Woefully Behind’ on Modernization
“The commission considers the limited investment in modernization as a source of significant long-term concern, a concern that would surface even had the less-challenging security conditions assumed in the current defense strategy held,” the eight-member panel wrote in a report published by The National Defense magazine.

Speaking about the shortcomings of the ground forces, the experts drew attention to the endurance of the military aircraft, short-range air defense systems and the state of the Biochemical Corps’ artillery.

The need to modernize equipment in these categories could affect troops in the United States, Europe and the Korean Peninsula, the report said, but left the details to the classified section of the report.

The Commission also gave a long list of failed programs, which cost American taxpayers billions of dollars, including a failed attempt to modernize its fleet of manned combat vehicles and unmanned military vehicles, as well as the replacement of the multipurpose Bell OH-58 Kiowa helicopters to more modern models.

© AFP 2019 / Paul J. Richards
US Army Orders $900Mln on Chemical, Biological War Projects
Daniel Goure, vice president of the Lexington Institute in Arlington, a Virginia-based think tank, said that the army has no major modernization programs at the moment and there is no clear, evident future of the army in modernization terms.

“The Army needs better counter-rocket, precision-guided artillery, mortar systems, active protection systems for vehicles and ways to fly through brownout conditions in helicopters,” he said. “These are incremental improvements that do cost a lot of money, but are relatively close to being fielded,” Goure said.

According to the expert, the power of the Commission in dealing with the Congress is a unique opportunity to address the fundamental problems of the troops and embark on a path of modernization, in order to achieve greater financial units. So far the army leadership hasn’t utilized their chance.

“I think they missed all the marks, maybe because it had to be a consensus document. Maybe because there are politics with these things,” he added.

US Military Abandoned Over $50Bln in Proposed Projects