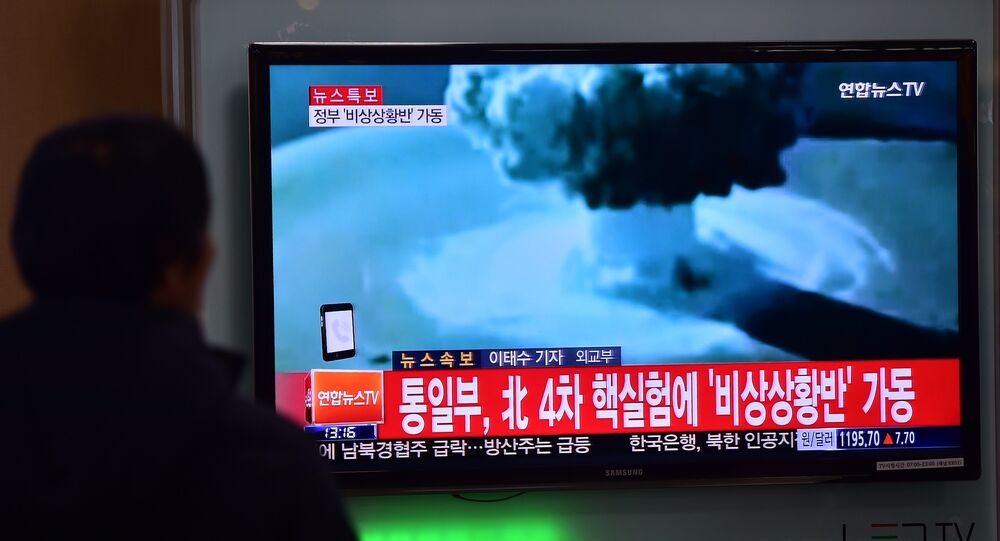 A US official reportedly said that Pyongyang may have tested a hydrogen bomb earlier in January during its most recent nuclear weapons test.

A US official directly familiar with the latest US assessment said "there may have been a partial, failed test of some type of components associated with a hydrogen bomb," CNN reported on Thursday.

The official explained that based on the most recent intelligence analysis, it appears that the device was not fully functional and it might have been only "some components," possibly a detonator, that North Korea exploded, according to the media outlet.

Although Washington still denies that Pyongyang tested a hydrogen bomb specifically, air samples collected after the test were inconclusive, which prompted the United States to reexamine the seismic data, the official added.

On January 6, Pyongyang announced it had successfully tested a hydrogen bomb, a move which triggered international condemnation for a provocative move destabilizing the region.