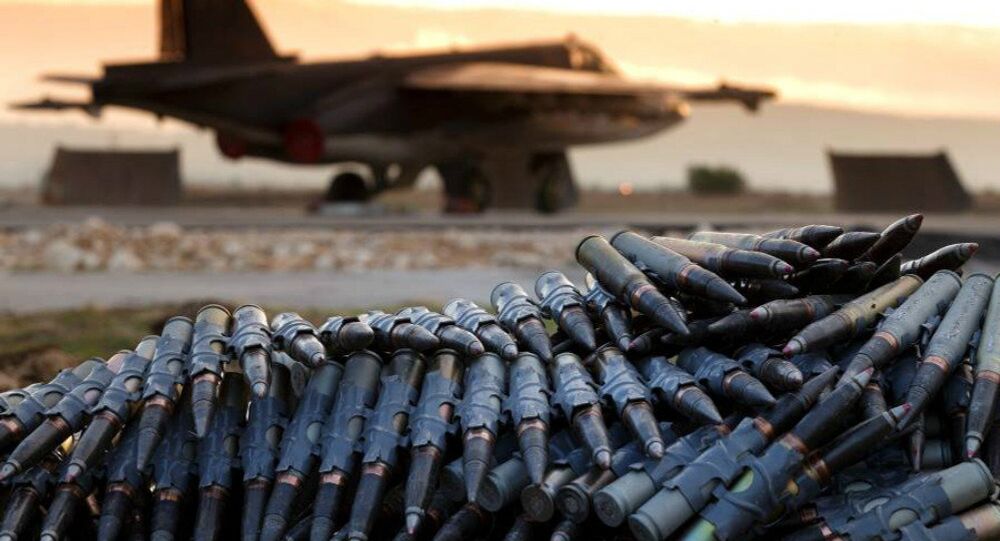 Russian Permanent Representative to the UN Vitaly Churkin stated that the military campaign conducted by Russia against Daesh and other terrorist groups in Syria has contributed to their losing standing in the country.

UNITED NATIONS (Sputnik) — The military campaign conducted by Russia against Daesh and other terrorist groups in Syria has contributed to their losing standing in the country, Russian Permanent Representative to the UN Vitaly Churkin stated on Tuesday.

"So as to assist the Syrian government, the Russian side continues to provide military assistance in combating ISIL [Daesh] and other terrorist groups," Churkin told a UN Security Council debate on the Middle East. "For the first time they stopped, they have lost their footholds."

The UN Security Council holds a debate on the Middle East every month. On December 18, 2015, it unanimously adopted Resolution 2254 at a ministerial-level meeting, which set the sequence of events necessary to solve the Syrian conflict.

"[T]here have been repeated and well-evidenced reports that Russian and Syrian regime bombing raids have resulted in extensive civilian losses," Rycroft claimed.

Churkin, however, retorted that "information regarding the numerous civilian casualties as a result of airstrikes in Syria, Afghanistan and Iraq, our UK and US colleagues have ignored, traditionally."

"Russia continues to provide military assistance in the campaign against ISIL and other terrorist groups at the request of Syrian authorities. For the first time they have begun to lose captured positions," Churkin told the UN Security Council.

The envoy noted Russia’s humanitarian activities in the Arab republic, including aid deliveries to Deir ez-Zor, where Daesh militants cut off passage to over 100,000 civilians.

"It is especially strange when they are spread by members of the Western coalition, which in contrast to the Russian Aerospace Forces, acts completely without transparency and inefficiently," he stressed.

Churkin further pointed to the "traditional disregard" of numerous civilian casualties caused by US and UK airstrikes in Syria, Iraq, Libya and Afghanistan.

Earlier on Tuesday, the UN envoy on Syria Staffan de Mistura sent out invitations for the inter-Syrian talks under Resolution 2254, with the intention of beginning the proximity talks on Friday.

The Islamic State, also known as Daesh, is a designated terrorist group that is outlawed in the United States, Russia and numerous other countries. The group has captured since 2014 huge sways of territory in Iraq and Syria, where it proclaimed a caliphate under Sharia law.