The overall US nuclear force structure would be jeopardized if plans to field the upgraded B61 nuclear gravity bomb to bases in Europe falls through, former Department of Defense official Franklin Miller told Sputnik.

WASHINGTON (Sputnik), Leandra Bernstein — After the Cold War, the US withdrew the vast majority of its forward-deployed nuclear forces out of Europe, but left the B61 gravity bomb. The decades-old bomb, which currently runs on vacuum tube technology, is undergoing a modernization, or life-extension.

"It calls the whole [nuclear] force structure into question, because it is based on aircraft delivering bombs. So they have to go forward," Miller said on Friday of the impact if plans to replace B61 nuclear gravity bombs fielded in Europe with updated B61-12 ones did not move forward.

Miller, who was an arms control official and special assistant to President George W. Bush, explained that he does not anticipate any disruptions to the bomb’s life extension program.

"I think it is going forward and the alliance supports the modernization of the bombs," he stated. 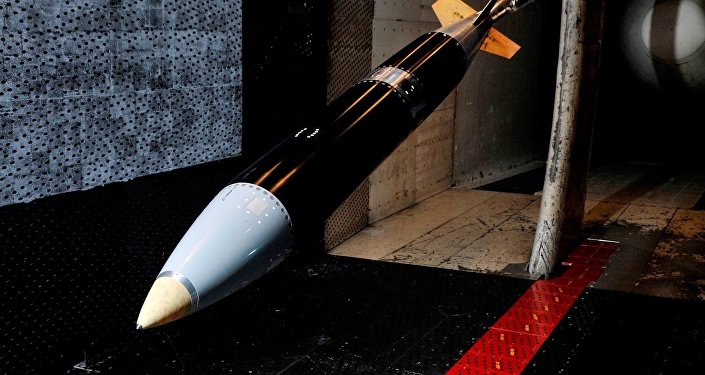 By the mid-2020s, the B61-12 is expected to replace the current 180 B61s stockpiled in Europe, which would be flown out of bases in Germany, Belgium, Italy, Turkey and the Netherlands.

In November 2015, the United States conducted its first flight test of an inert B61-12 bomb. Russia called the test irresponsible and an openly provocative act.