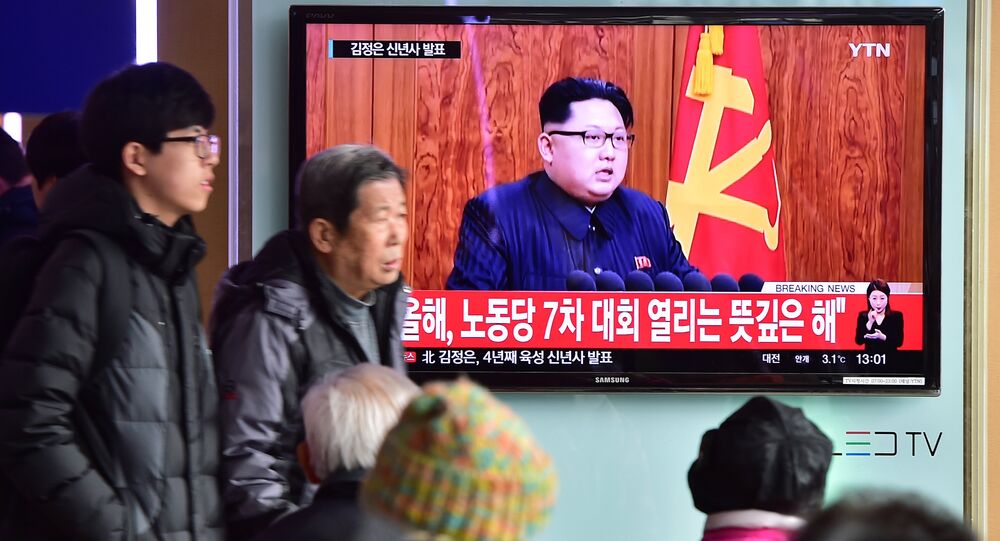 Earlier in the day an earthquake occurred in South Korea, prompting Seoul's suspicions that Pyongyang had performed a nuclear explosion.

“It is obvious that the North Korean leader Kim Jong-Un has made a decision that warming up to the South is no longer a viable option because clearly by conducting a nuclear test they are going to be subjected to sanctions from South Korea, Japan, Russia, the United States etc.”

© REUTERS / KCNA
North Korea Confirms Successful Testing of Hydrogen Bomb
“They obviously must consider this test so important to their national security and their economic security that they felt they had to conduct this test despite the ramifications,” Bechtol told Sputnik.

According to the analyst what really matters is that North Korea has once again broken out of that realm of states that try and cooperate with each other regarding such matters. So in a way North Korea said ‘the heck with everybody else’ and conducted a nuclear test. “The question now is not how we engage North Korea; the question is how we contain North Korea.”

Talking about the ramifications Bechtol said that there will be more sanctions against North Korea but as it is the country operates outside of the lawful international system anyway; these sanctions may not be so effective.

“40% of North Korea’s economy is illicit activities and the only country they trade with is China, Iran and African countries that can’t get military gear from anybody else. I think we have to do more forceful things from an economic sense. I think we need to do what the US, Russia and China and other countries did back in 2005 to 2007.”

Bechtol goes on to discuss those imposed sanctions against North Korea.

“Economic means are the only weapon to use against North Korea. It is important to bring them to the bargaining table so that they do not attack South Korea,” concluded the analyst.