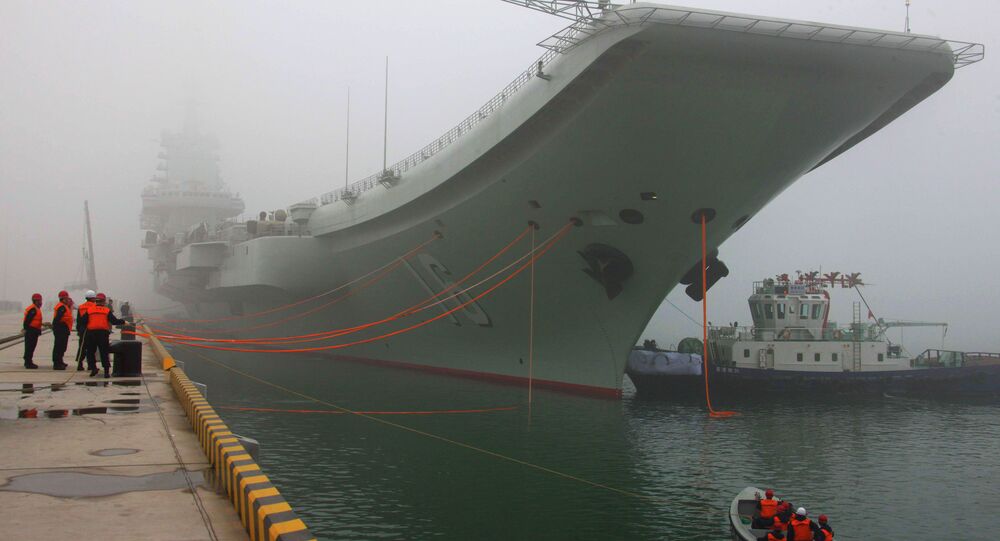 The Chinese Defense Ministry officially announced that work on the construction of a second aircraft carrier has begun in the port of Dalian.

© AFP 2021 / PAP / ADAM WARZAWA
Dragon Ascendant: A Look at the Growing Firepower of China's Navy
Earlier, media continuously reported that China was building a second aircraft carrier, but without official confirmation from authorities.

“Everyone knows that the first aircraft carrier, which is at the disposal of the Chinese Navy, is the (aircraft carrier) Liaoning. Relevant departments have considered the subject from all angles and then embarked on the development work of the second carrier. At the moment further design and construction of the aircraft carrier is underway,”

According to him, China adheres to an independent foreign policy of peace and a defensive military strategy.

“We have a long coastline and vast water area located in our jurisdiction. The guarantee of their safety, the protection of sovereignty, territorial waters and the legitimate interests of the country's seas and oceans is the sacred duty of the armed forces of the China,” he added.

The design draws on experiences from the country's first aircraft carrier, the Liaoning, which was bought from Ukraine in 1998. It was an unfinished Soviet cruiser Varyag and it was refitted in China.

The ship was named after the province of Liaoning where the docks of the Dalian port were located.

The first sea trials of the Liaoning took place in August 2011, in November 2012 it was announced that a J-15 fighter successfully landed on the deck of the ship.