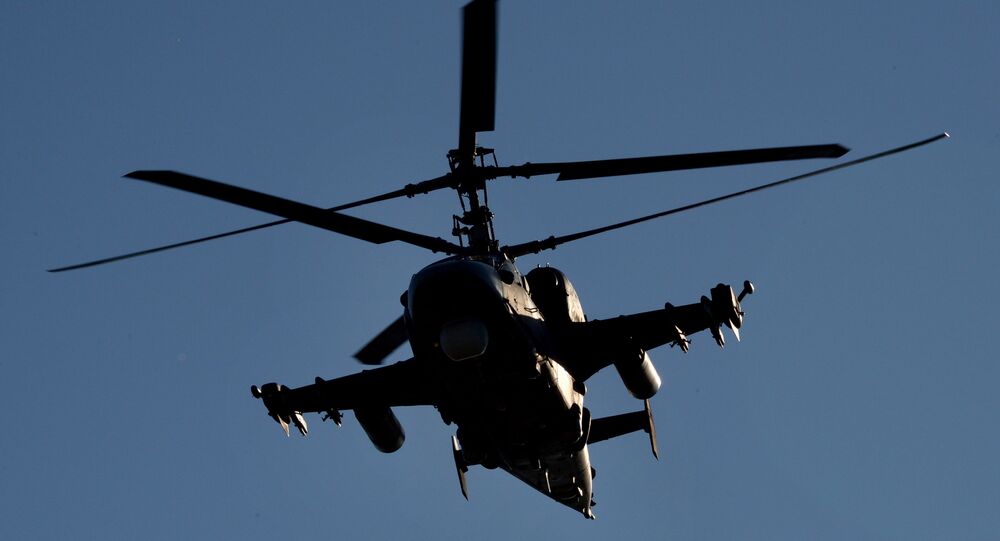 Host photo agency
Russia May Supply Egypt With Helicopters for Mistral in 2017
MOSCOW (Sputnik) — Ka-52Ks were designed for French-made Mistral helicopter carriers that were to join the Russian Navy last year, before France cancelled the deal over Ukraine. The warships are now being bought by Cairo.

"In the outgoing year, new contracts were signed with Russian and foreign helicopter users," Russian Helicopters Director-General Alexander Mikheev said in a statement published in the corporate magazine.

He added that a major sale of Kamov naval helicopters were part of the deals that Russia's state arms exporter Rosoboronexport had inked in 2015. The Ka-52K is a naval modification of the Kamov Ka-52 Alligator. It has reinforced landing gears intended for ship-borne attacks.

Russia and France officially terminated the 1.2 billion euro (some $1.28 billion at current exchange rates) contract on the delivery of the warships in August following French President Francois Hollande’s suspension of the supply late last year over the Ukrainian conflict.

In October, Cairo and Paris signed a contract for Egypt's purchase of the warships originally built for Russia.