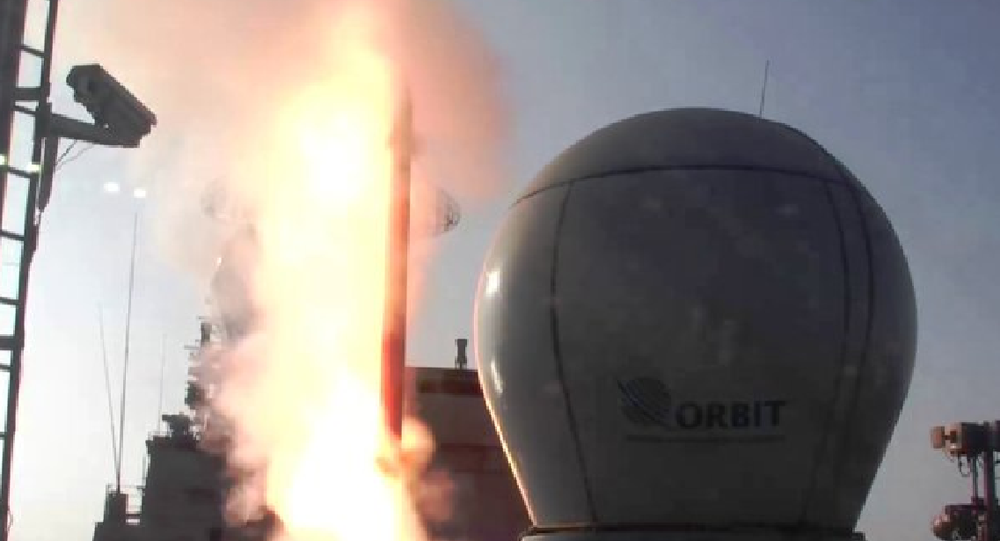 ​The publication cited IAI Corporate Vice President Boaz Levi as saying that the system could detect threats at over 62 miles, continues to receive data from the radar system once airborne, and enabled the missile to adjust its own path before engaging a target.

In addition to the missile with a 20-120 kilometer (12-75 miles) range, the Barak 8 includes a four-plane Multi-Functional Surveillance and Threat Alert Radar (MF STAR).

The Indian Defense Ministry said the systems were being fitted in "capital warships progressively".

India to Purchase Spare Parts for Su-30 Fleet From Russia