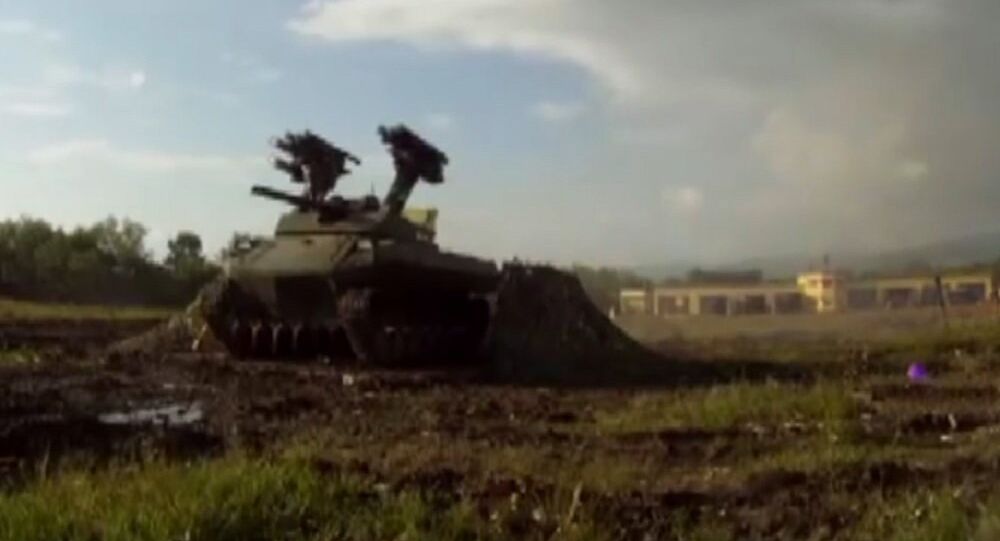 Russia's state arms exporter Rosoboronexport will start a promotional campaign for its Uran-9 combat multipurpose robotic system in 2016, the company said in a press release on Wednesday.

© Sputnik / Artem Zhitenev
Russia Plans Arms Export Sales of $15 Billion in 2016
MOSCOW (Sputnik) — It was added in the press release that the robotic system was designed to provide combined combat, reconnaissance and counter-terrorism units with remote reconnaissance and fire support.

"In 2016 Rosoboronexport (part of the Rostec State Corporation [which specializes in the development, manufacturing, and export of high tech defense and civilian products]) will begin to promote the Uran-9 combat multipurpose robotic system in the international market," according to the press release.

According to the press release, the Uran-9 is equipped with a laser warning system and target detection, identification and tracking equipment.

Rosoboronexport was created in 2000 to implement Russian policy in the area of military and technical cooperation between Russia and foreign states. It is responsible for the export of some 85 percent of Russia-manufactured arms.

The Real ‘Lord of War’: US is Number One Arms Dealer in the World