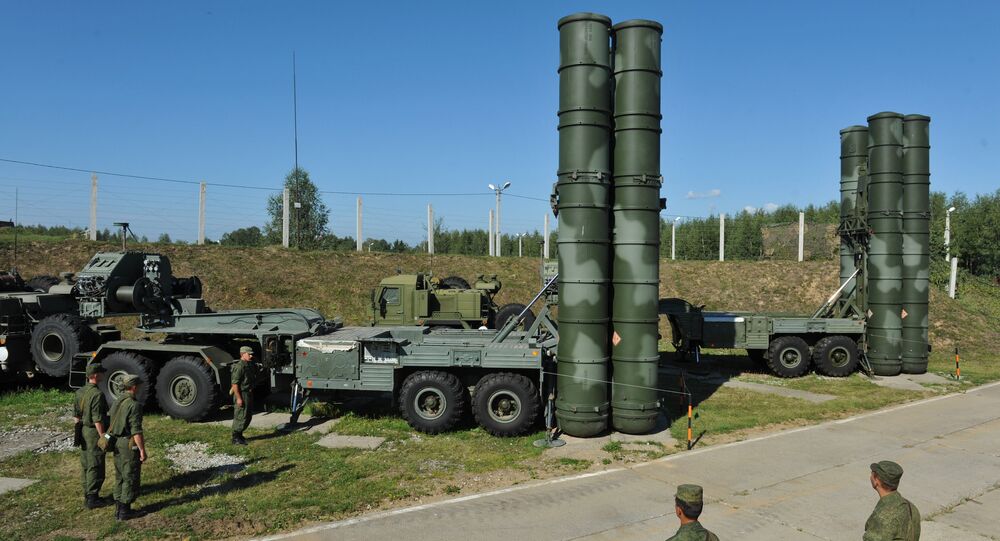 According to the Russian Federal Service for Military-Technical Cooperation, Moscow plans to export over $15 billion of military equipment in 2016.

MOSCOW (Sputnik) – Russia has fulfilled its plan for 2015 on arms exports with a total of more than $15 billion and plans to sell the same amount in 2016, a highly placed official from the Russian Federal Service for Military-Technical Cooperation said Wednesday.

“The plan for 2015 has been completed with the production of military equipment delivered with a total of $15.2 billion and deliveries are continuing,” the official told RIA Novosti.

He said that next year’s exports plan is set at the same level of more than $15 billion.

“Next year’s main goal is to retain the second place [after the United States] in exporting weapons in the world,” he added.

© Photo : Youtube/ Rokossovskiy Konstantin
Tech Noir: Russian Army to Receive Next Generation Combat Robots in 2016
On December 14, the Stockholm International Peace Research Institute (SIPRI) published its annual report of the world’s 100 largest arms manufacturers, ranked in terms of sales, where it said that in 2014 Russian arms industry’s sales continued their upward trend, despite difficulties in the country’s economy, caused by Western economic sanctions.

The report said that at least 11 Russian arms manufactures were included in the top 100 for 2014, and they accounted for 10 percent of the total arms sales of the 100 firms.

In April 2014, the European Union and its Western allies introduced several rounds of sanctions against Russia over its alleged involvement in an armed conflict in eastern Ukraine, which the Kremlin has repeatedly denied.