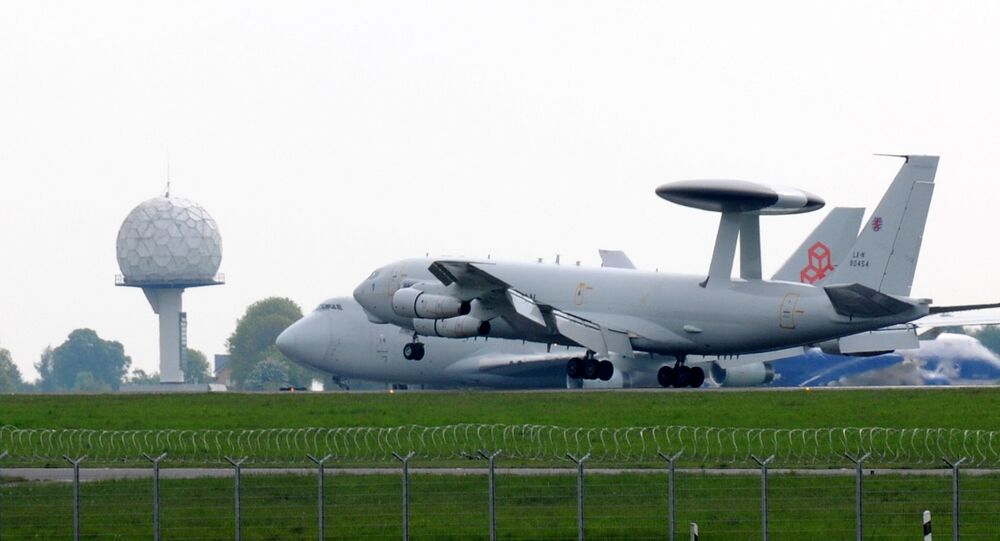 NATO will place the Boeing E-3 Sentry airborne early warning and control aircraft in Turkey as part of its air defense package to the country amid the Syrian crisis, media reported.

MOSCOW (Sputnik) — The deployment of the military planes will be carried out by the German armed forces.

"A temporary relocation of Boeing E-3 Sentry aircraft is planned from the Geilenkirchen base to the Konya airbase in Turkey," the German Foreign Ministry and the German Defense Ministry said in a letter to the German parliament, as quoted by the Bild am Sonntag newspaper on Saturday.

The alliance agreed on December 18 to provide Ankara with an air defense package that will include AWACS surveillance planes, enhanced air policing, and increased naval presence.