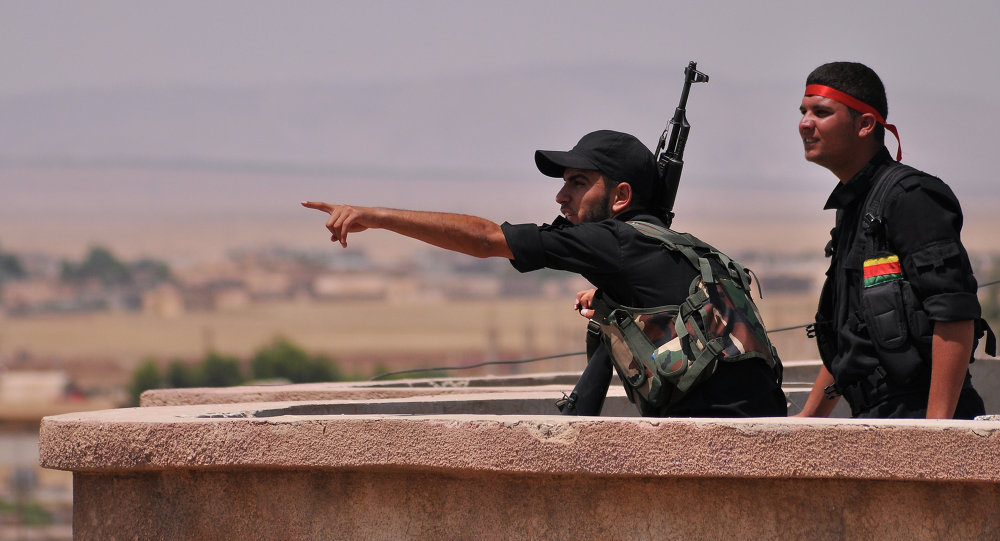 The fate of Raqqa, the de-facto capital of Daesh, has come under serious threat as one of the chief supply roads across the Euphrates has now been cut off by Kurdish-led forces Saturday.

Several villages and nearby lands, canals along the Euphrates river and – most importantly – the strategic Tishrin dam have been captured from Daesh by Kurdish, Arab and Assyrian allied forces in a rapid advance over the course of the day, the regional forces’ spokesman said in a statement on Saturday.

© AFP 2019 / Delil Souleiman
Unknown Side of Anti-Daesh Fight: Why There Are So Many Women Among Kurdish Fighters
The Tishrin dam on the Euphrates was taken from Daesh militants after heavy ground fighting and with the help of US-led coalition airstrikes, the online statement by Col. Sharvan Darwish reads.

As a consequence, a strategic supply route connecting Daesh-held Jarabulus, which sits on the Turkish border, and the de-facto capital Raqqa has been cut and anti-terrorist forces have gained a foothold on the right bank of the Euphrates.

“A massive operation by the Syrian Democratic Forces (SDF) started officially on December 23,” Col. Darwish explained. “It has since enabled joint Kurdish, Arab and Assyrian Christian units to free more than 50 villages, canals and river crossings.”

(Video with subtitles in English produced by SDF press office)

The current campaign is the second phase of the military operation by the SDF against Daesh mujahedeen, which began in the northwestern province of Hasakah on the Iraqi border in late October.

SDF had fish on lunch today. This is because they are in Tishrin Dam. pic.twitter.com/KkRrdKw0iH