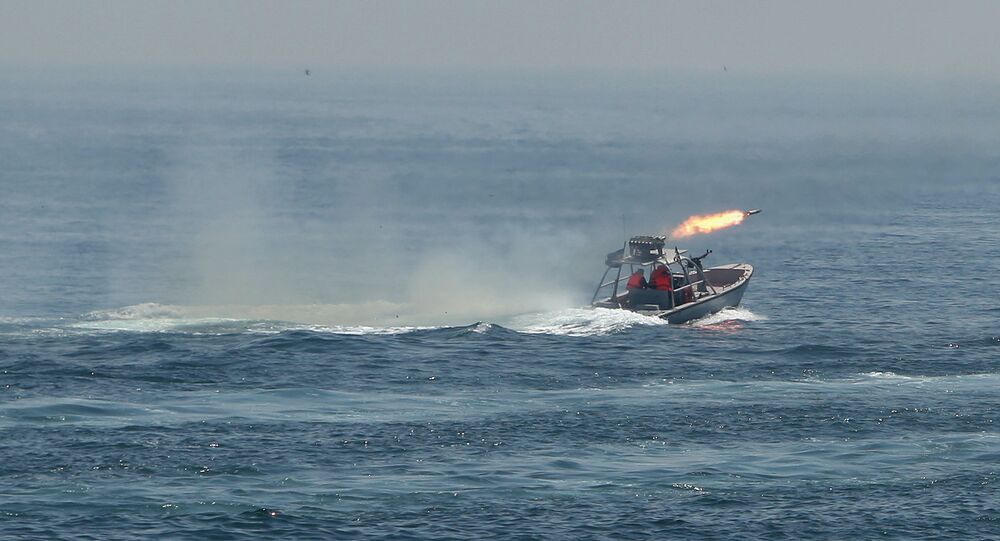 A two-day maritime joint exercise of the Iranian and Omani naval forces started on Wednesday in the eastern part of the Strait of Hormuz and will continue in the Persian Gulf, Iranian media reported.

"It is the fifth joint wargames by Iran and Oman of this type and level, with a set of specified goals," Commander of the Iranian Navy's First Zone Rear Adm. Hossein Azad told journalists as quoted by Farsnews.

According to Azad, the purpose of the drill is to train Navy's ability to provide vessels, cargo ships and oil tankers, constantly passing through the region, with necessary security level.

The decision to hold joint naval drills was made on December 19 at the opening of the Omani-Iranian Joint Military Friendship Committee's 12th meeting in Tehran.

Iran and Oman singed a memorandum of understanding for military cooperation in 2013. The memorandum includes cooperation in fighting against drug and human trafficking, strengthening of educational and cultural ties between the two countries` armed forces.

Ukraine to Participate in Major NATO Drills in Poland - Poroshenko