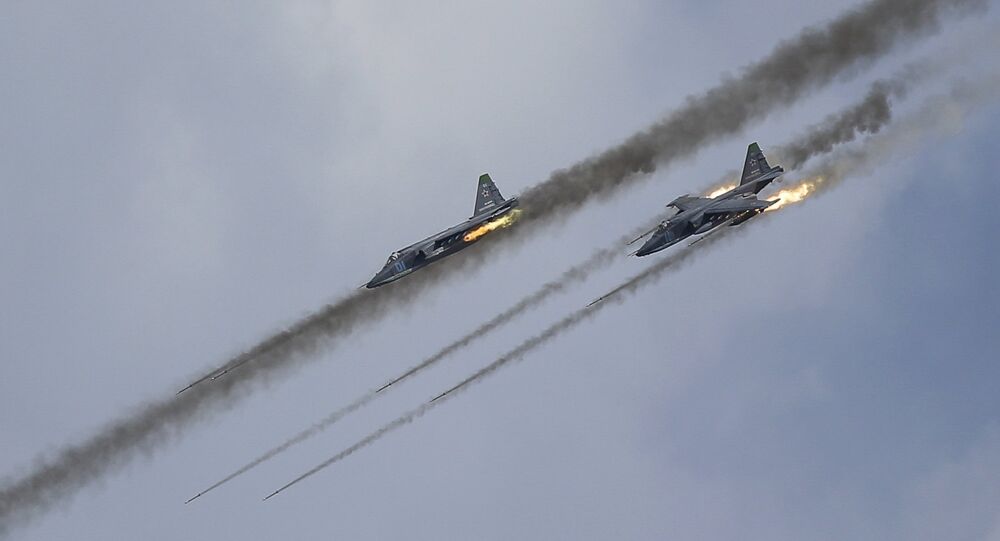 France is ready to join efforts with Russia in the fight against terrorist groups in Syria, including sharing the intelligence data, Chief of Staff of the French Armed Forces, Gen. Pierre de Villiers said Wednesday.

MOSCOW (Sputnik) — The French military chief is currently on a visit to Moscow to discuss joint fight against Islamic State (Daesh in Arabic).

"I think it is time to join our efforts in fight against Daesh, Nusra Front, against terrorism…We have a common goal," de Villiers said during talks with Chief of Russian General Staff Gen. Valery Gerasimov.

© AP Photo
Russia, France See Daesh as Common Foe, Concerned Over Terrorism in Africa
Since September 30, Moscow has been conducting pinpoint airstrikes in Syria on the positions of Daesh, a terrorist group outlawed in Russia and many other countries, at President Bashar Assad's request.

Meanwhile, France is part of the US-led coalition of over 60 countries that has been conducting airstrikes on Daesh positions in Syria and Iraq since 2014.

In the wake of the November 13 terrorists attacks in Paris, which were carried out by the Islamic State militants and claimed the lives of 130 people, French President Francois Hollande pledged to do his utmost to counter terrorism, particularly Daesh, both domestically and globally.

In the wake of the attacks, France also moved to coordinate its airstrikes with Moscow.