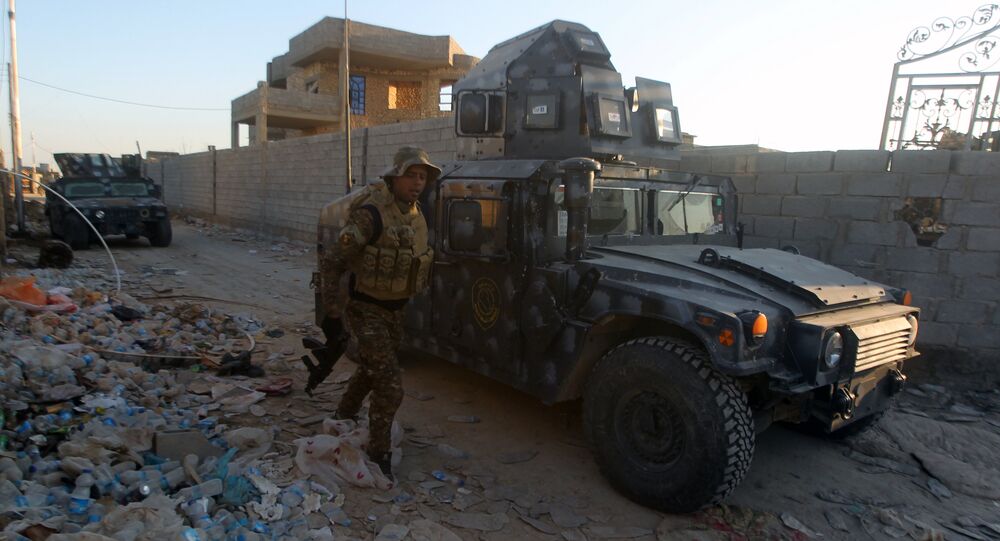 The US-led coalition against the Islamic State and Iraqi forces are driving into the heart of Ramadi, Operation Inherent Resolve spokesman Colonel Steve Warren in Baghdad told a Pentagon press conference, the official Department of Defense News reported.

"We're encouraged by this tactical development, which is a continuation of the progress we've seen over the last several weeks," Department of Defense News reported Warren as saying on Tuesday. "I think the fall of Ramadi is inevitable."

Warren said US intelligence believed only 250 to 350 Islamic State troops remained in the Ramadi city center with several hundred more north and west of the city.

The Islamic State, also known as Daesh, is a designated terrorist organization outlawed in numerous countries, including in Russia.