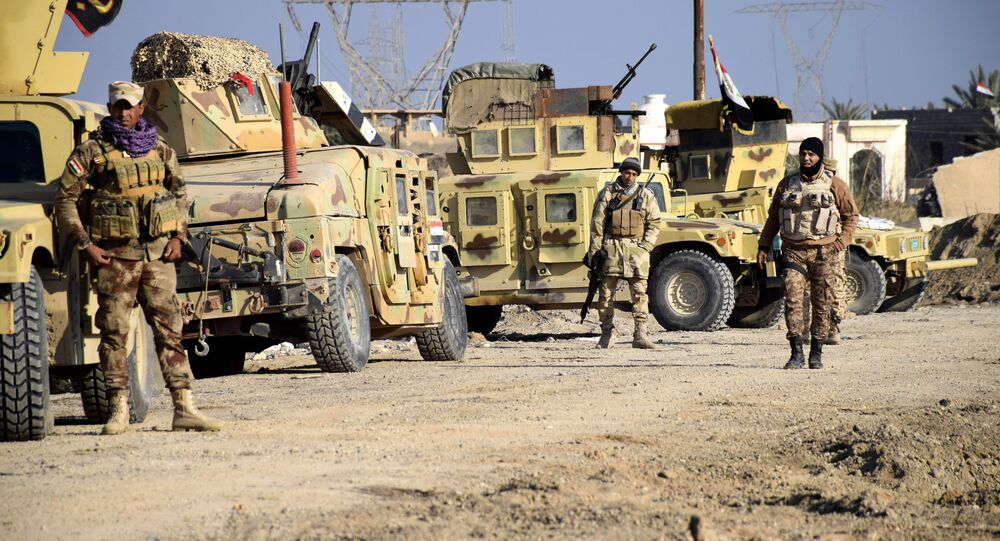 The Iraqi authorities did not request US Apache helicopter assistance during their offensive to reclaim the city of Ramadi from Daesh, Operation Inherent Resolve spokesperson Col. Steven Warren told reporters on Tuesday.

© AP Photo / Osama Sami
US-led Coalition Supplies Iraqi Army With Munitions for Ramadi Fight
WASHINGTON (Sputnik) — Earlier on Tuesday, the Iraqi military began an operation to liberate the center of Ramadi from the Daesh extremists, who have occupied the city since May. According to Iraqi intelligence, between 250 and 300 Daesh militants have captured the city center.

"They [Iraqi authorities] have not requested the use of Apaches for this operation," Warren said.

Earlier in December, Warren stated the US Department of Defense is ready to deploy attack helicopters to Iraq upon an agreement with the Iraqi government, but did not receive any request from Baghdad for them.

Ramadi fell to Daesh in May and became one of Iraq's biggest defeats in its war against the extremist group.

Daesh, which is outlawed in many countries including in Russia, has also been a target of an aerial campaign since August 2014 by a US-led coalition of 65 nations.