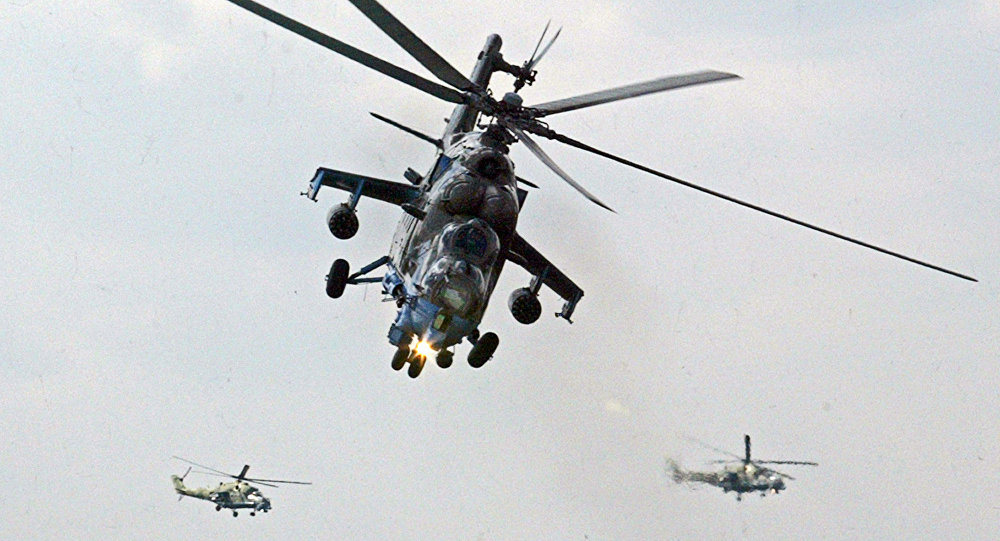 Russia Reinforces Base in Armenia With Attack, Transport Helicopters

Six attack and transport helicopters were deployed to the Russian military base in Armenia.

“Six modern attack Mi-24P and transport Mi-8MT helicopters from the Army’s aviation have been delivered [to the Armenian military base] from a military airbase in the Krasnodar region,” the press service said.

© Sputnik / Alexei Nikolsky
Cross Two 'Ts' With One Stroke of Pen: Joint Defense System With Armenia Helps Russia to Keep ISIL, NATO at Safe Distance
Currently, the aircraft are being assembled, according to the press service.

The district’s Erebuni base in Armenia was formed in 1995 and the MiG-29 Fulcrum multirole fighters were deployed there in 1998. In July 2001, the units at Erebuni were incorporated into an air division of the Russian 102nd Military Base in Gyumri, Armenia.

On December 8, the military district said that seven of Russia’s advanced Mi-24 Hind attack helicopters and Mi-8MT Hip transport helicopters had been deployed to the Erebuni base.

Russian pilots are expected to begin helicopter flights from the base in the first quarter of 2016, according to the press service.

Armenia: Downing of Russian Su-24 ‘A Blow to Anti-Terrorism Fight’