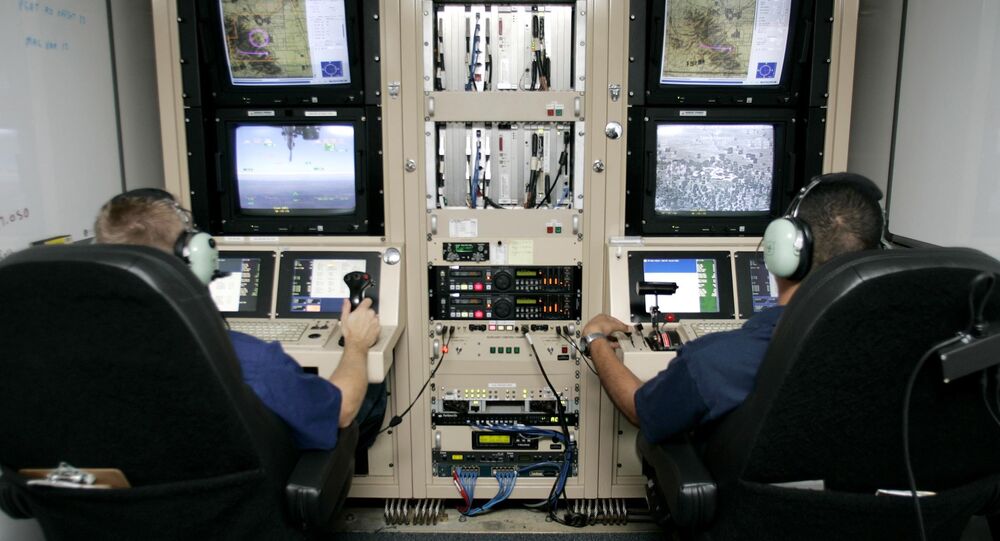 Electronic warfare is not just for the military anymore. US border security agencies are looking for ways to protect their surveillance drones against jamming and spoofing by criminals with money and the will to subvert.

© Photo : PR
New ‘Death Ray’ for Drones Can Stealthily Blast Away UAVs From Mile Away
Narcotraffickers and people smugglers are not as bad as Daesh, observes a Department of Homeland Security (DHS) technician, but the former has lots of money and poses a relatively serious threat to national security. It has been revealed that those ‘bad guys’ from across the border are now capable of neutralizing US Customs and Border Protection (CBP) agency drones.

“The bad guys on the border have lots of money and what they are putting money into is into spoofing and jamming GPS systems. We’re funding some advances so we can counter this,” Timothy Bennett, a science-and-technology program manager at the DHS, the body that oversees CBP, told Defense One.

“It’s the spoofing that’s bad. That we’ve got to look into. They can make you think you are someone else,” Bennett explained. “For small [UAVs], it’s a bigger deal. They can’t do the secure GPS. There are a lot of anti-jamming systems right now that can detect it but they’re big and heavy. So you’ve got something that weighs 25 pounds, you add five pounds, and it affects its payload or it affects its duration. So the big thing now is getting that [detection] capability on these small ones in a way that doesn’t add weight to it.”

​It has not been specified by DHS how regularly smugglers succeed in jamming or spoofing US government UAVs. Bennett detailed how the smugglers’ electronic warfare affects law enforcement activities.

“You’re out there looking, trying to find out this path [they’re] going through with drugs, and we can’t get good coordinate systems on it because we’re getting spoofed. That screws up the whole thing. We got to fix that problem,” Bennett said.

Though the issue is not new, producers of UAVs take measures to not call too much attention to drone security vulnerabilities. Additional protective equipment is a costly option, commented Michael Buscher, CEO of Vanguard Defense Industries, to Defense One.