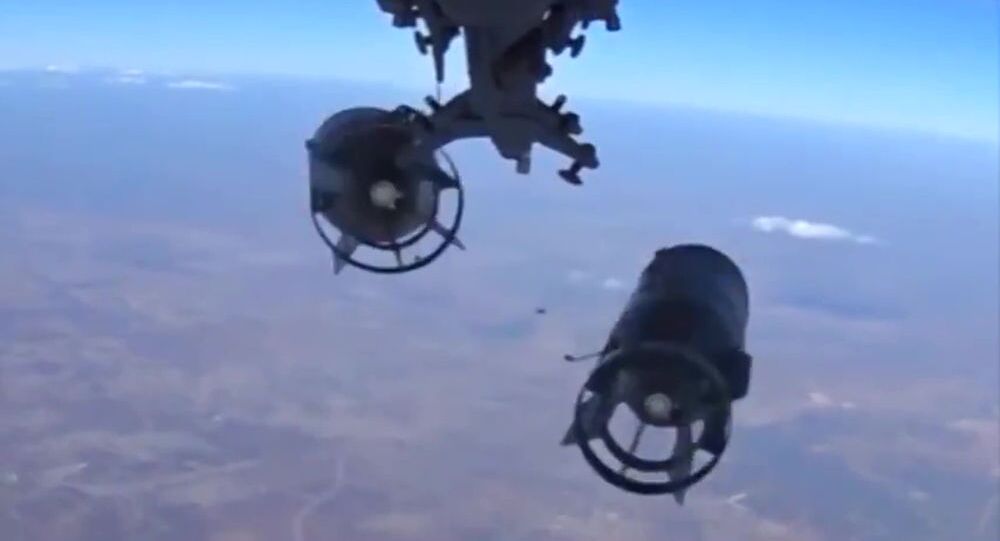 Russian combat aircraft have carried out more than 4,200 missions against terrorist targets since the start of the air operation in Syria on September 30, the Russian General Staff said Tuesday.

"Since September 30, the Russian air group has carried out a total of 4,201 combat missions, including 145 sorties by strategic and long-range bombers," Lt. Gen. Sergey Rudskoy, chief of the Main Operational Directorate of the General Staff of the Russian Armed Forces, said in a statement.

© Photo : Russian Defence Ministry
Russian Jets Destroy Over 1,200 Fuel Trucks Carrying Daesh Oil in Syria
According to him, the Russian Air Force is conducting airstrikes on the main Daesh facilities.

Russia's jets conducted 18 airstrikes on terrorist units to aid the "Lions of the Desert" and "Kalamun" troops belonging to the Free Syrian Army.

Russian Defense Ministry
Free Syrian Army Ready to Provide Russia with Data on Terrorist Targets
Some 5,000 opposition militants are fighting Daesh alongside the Syrian Army, according to the Russian General Staff.

"The so-called Syrian opposition aids the success of the Syrian Armed Forces' ground operation. Currently there are over 150 such [joint] units in Syria,"  Rudskoy said.

Russian Armed Forces will work on uniting Syria's government forces and numerous fighting units all of which are battling Daesh terrorists, according to Lt. Gen. Sergey Rudskoy.

"I want to emphasize that we intend to continue to work towards uniting the efforts of government troops and other groups interested in liberating Syria from international terrorists," he said.

New Gym, Canteen for Russian Troops at Syria’s Hmeymim Base