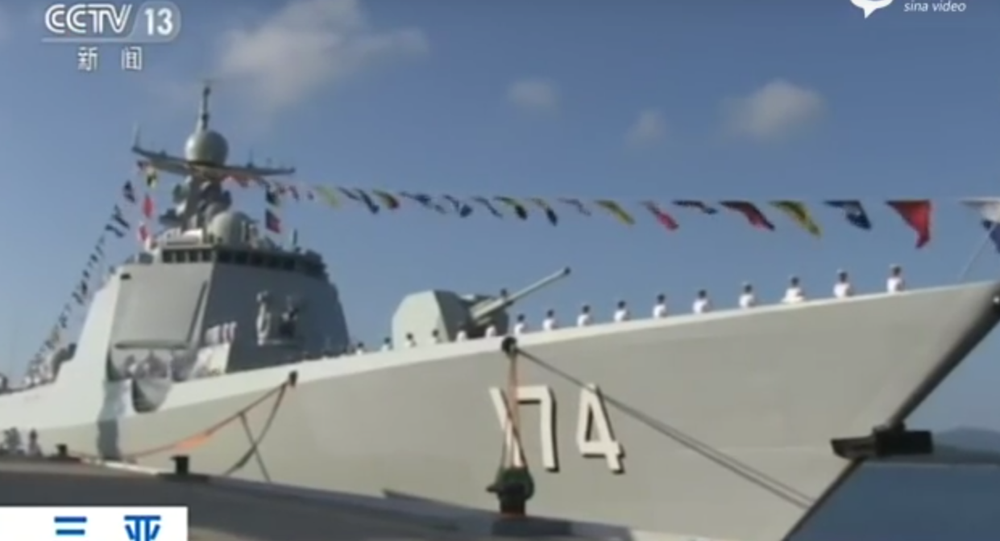 The Type 052D world-class guided missile destroyer, the Hefei, has joined the fleet of the Chinese Navy to boost its combat capability.

The delivery ceremony of the ship to the South Sea Fleet of the Chinese Navy took place on Saturday at a naval base in Sanya, in the island province of Hainan, the PLA Navy said in a statement.

© AP Photo / Marco Garcia
What is Chinese Navy Fleet Doing at Pearl Harbor?
“My men have familiarized themselves with the advanced equipment and weapons. In the near future, we will focus on training, aiming to make the ship fully operational within a short period,” Commander Zhao Yanquan, captain of the Hefei, told China Daily in an interview on Monday.

It is reported that the Hefei is the most advanced destroyer China has ever built.

The first Type 052D destroyer, the Kunming, joined the Navy in March last year, while the second, the Changsha, in August.

The Type 052D destroyer has a full displacement of nearly 7,000 metric tons and a wide range of weapons, including a single-barrel, 130 mm naval gun, a close-in weapon system, anti-aircraft missiles and surface-to-surface cruise missiles.

China is also developing the Type 055 destroyer, which has a full displacement of around 10,000 tons and can carry more than 100 missiles, according to Yin Zhuo, director of the PLA Navy's Expert Consultation Committee.

Chinese Military Vows to Defend Sovereignty Amid US Navy Incursion