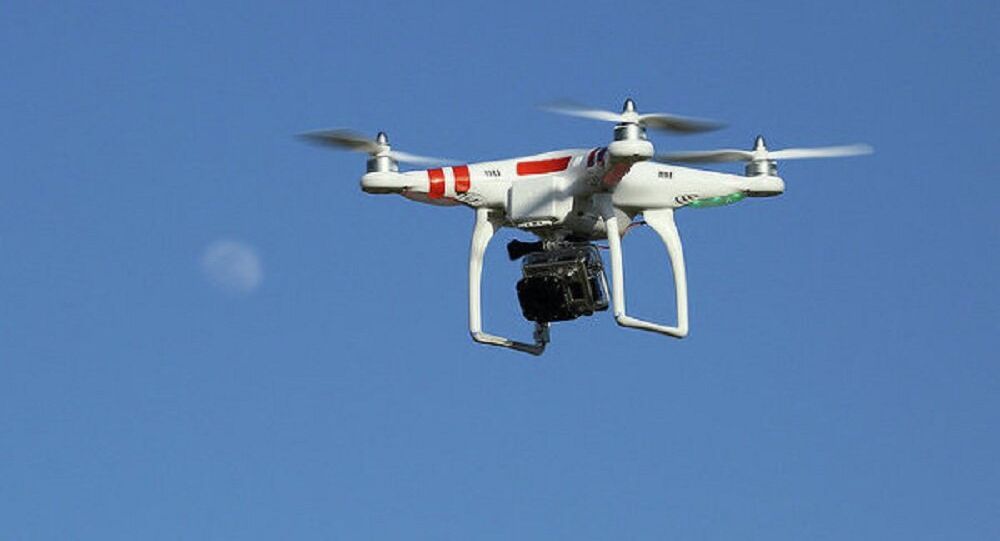 In the upcoming holiday season you could hardly find a better gift for your technically-inclined loved one than an unmanned aerial vehicle (UAV), but, along with your purchase, you’ll have to register your drone under new Federal Aviation Administration (FAA) requirements.

© AP Photo / Kirsty Wigglesworth
US Air Force Seeks $3 Billion Drone Program Expansion
Drones can deliver pizza, act as police surveillance, and fulfil military tasks, but along with their increased popularity, drones are seen as a hazard after increasing reports of UAVs flying in close proximity to airports and airplanes have prompted high-profile calls for strict safety measures.

Following their rapid increase in popularity, the FAA has issued new guidelines stating that no drone could fly in the US without first being registered.

The new FAA policy announced Monday is intended to help the US government track drones, in light of about 100 UAVs reported monthly to have flown dangerously near passenger airliners.

Drones and model airplanes are forbidden in US airspace to fly higher than 122 meters or within 8 kilometers of an airport.

According to the FAA, some 800,000 drones will be purchased in the US by the end of the year, bringing the total number of drones sold in 2015 to about 1.6 million.

In the case of violations, officials will be easily able to find the drone's owner by a unique registration number.

"Registration gives us the opportunity to educate these new airspace users before they fly so they know the airspace rules and understand they are accountable to the public for flying responsibly," said FAA Administrator Huerta.

The registration process for drones weighing from 250 grams to 25 kilograms is promised by the agency to be user-friendly. The cost is anticipated to be $5 and be renewed every three years.

© Photo : lockheedmartin.com
You Sunk My Battleship! US Underwater Mine Hunting Drones Fail 24 Tests
Expected to start 21 December, drone registration will be free for the first 30 days. The procedure will mandate owners to mark UAVs with their unique identification number, allowing for an unlimited number of aircraft to be registered to one number.

To complete the registration procedure, a drone owner must provide name, billing address and email to allow for identity and credit card payments to be verified, according to the FAA.

Over the past year drone owner profiles have been analyzed and results unsurprisingly show that most have little or no aviation experience.

"They have the responsibility to fly safely, and there are rules and regulations that apply to them," said Deputy FAA Administrator Michael Whitaker.

Not everybody is excited about the new measures. The Indiana-based Academy of Model Aeronautics based in the town of Muncie claims the new requirements are an "unnecessary burden for our more than 185,000 members who have been operating safely for decades."

According to the modeling academy, the new procedure contradicts with a 2012 law enacted by Congress that prohibits the FAA from regulating unmanned aerial systems used by its members. But the drone registration requirement doesn't indicate that the FAA has broken a law, said Whitaker.

The new FAA requirements saw large support from aviation organizations and private companies, who joined the Agency to call on consumers to promote safety.

The new measures are due primarily to rising concerns that drones, like birds, can be sucked into aircraft engines and cause accidents.

At least 28 incidents were reported in 2015 in which pilots had to quickly deviate from course after drones were spotted in their flight path.