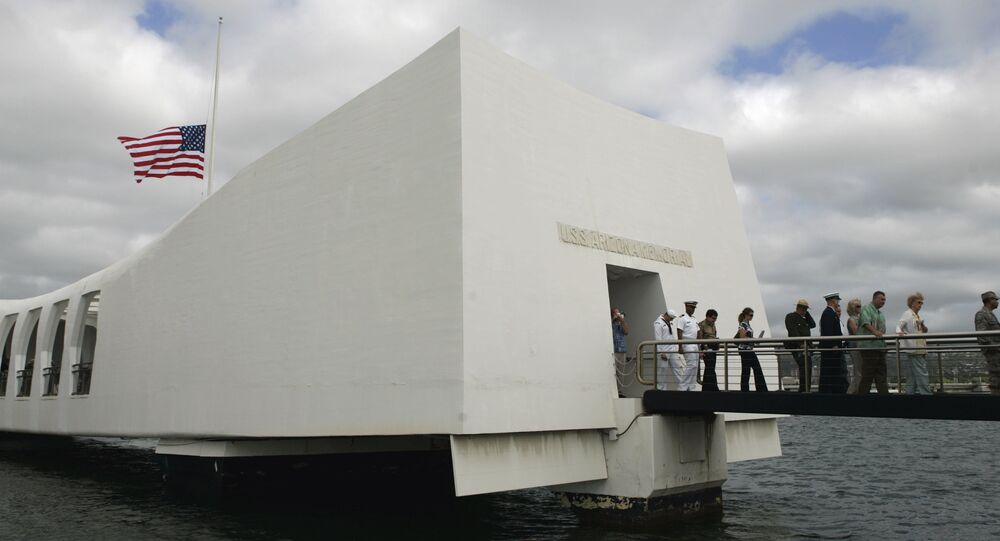 What is Chinese Navy Fleet Doing at Pearl Harbor?

On 13 December, ships from the Chinese navy fleet arrived at the US base of Pearl Harbor in Hawaii for a 5-day goodwill visit.

Chinese and US naval officers plan talks aimed at building mutual understanding. According to Capt. Eric Weilenman, chief of staff of Naval Surface Group, Middle Pacific, the visit is a good chance for both navies' Sailors to interact with one another.

© AP Photo / Guang Niu, Pool
Breaking New Ground: China's Navy Tours Scandinavian Countries
This is the Chinese fleet’s second visit to the US this year, coming after a visit to Jacksonville in early November.

The Chinese ships arrived at Pearl Harbor after a stop in Mexico, on November 28, 2015. The Chinese ships’ crew met with the top management of the US Navy, representatives of diplomatic missions of China and the United States, as well as ethnic Chinese living in Hawaii.

After the grand ceremony, people could get on board of the Jinan, Yiyang and Qiandaohu ships, where Chinese officers conducted a tour to introduce visitors to the latest models of Chinese weapons.

In the afternoon a reception was held on board the cruiser Jinan for representatives from the US Navy. Afterwards, US and Chinese squadron commanders were invited to a ceremony of laying wreaths at the memorial dedicated to victims of the attack on Pearl Harbor in 1941.

Pearl Harbor is situated to the south of Oahu. Much of the harbor and the surrounding area is occupied by the central base of the Pacific Naval Fleet forces of the United States.