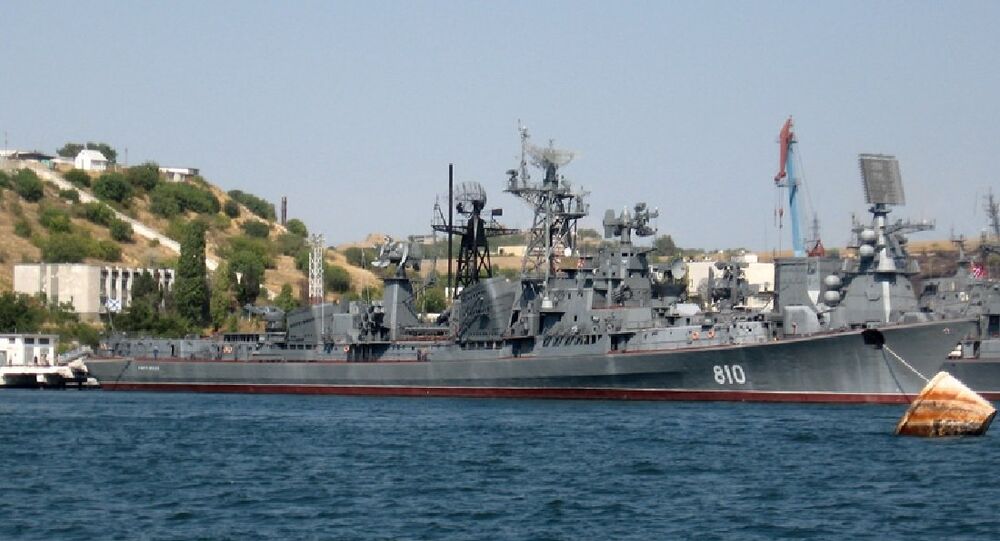 The Russian Defense Ministry has summoned a Turkish military attache in Moscow over an incident in the Aegean Sea, the ministry press service said Sunday.

© Wikipedia
Russian Frigate Uses Firearms to Prevent Collision With Turkish Vessel in Aegean Sea
The Russian Defense Ministry said in a statement that the crew of the Russian 'Smetlivy' frigate was forced to use firearms to prevent a collision with a Turkish seiner vessel 22 kilometers from the Greek island of Limnos in the northern part of the Aegean Sea on December 13.

Turkish military attaché in Moscow urgently invited to Rus Defence Ministry in view of incident in the Aegean Sea https://t.co/LkGSFTSnkG

The Russian frigate's morning crew spotted an approaching Turkish ship at a distance of approximately one kilometer. The seiner did not get on the air for radio contact with the Russian ship and did not respond to signal lamps or flairs.

© AP Photo / Lefteris Pitarakis, File
Russia's Allies 'Turning Away' From Ankara After Downing of Su-24 - Turkish Media
While the Turkish vessel was nearing the Russian guard ship, firearms were used at a distance of about 600 meters to avoid the collision. Shots were fired beyond the hitting range of the firearms, the Russian Defense Ministry statement read.

According to the Russian Defense Ministry, immediately after the shots were fired the Turkish fishing vessel changed its course and, without contacting the Russian crew, kept moving by the Smetlivy frigate at a distance of 540 meters.