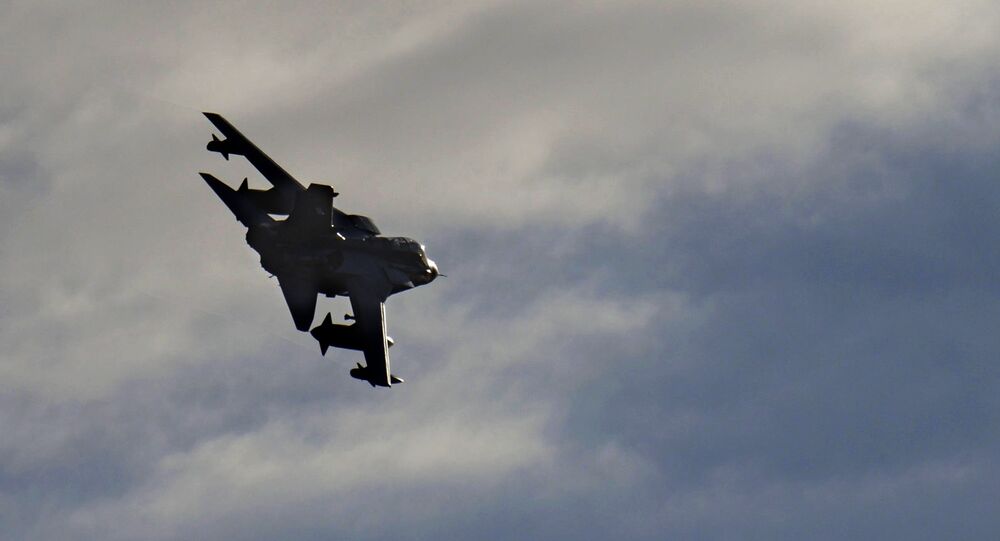 The United Kingdom (UK) is planning to increase the number of precision airstrikes in Syria against the Islamic State, also known as Daesh, UK Defense Secretary Michael Fallon told reporters.

WASHINGTON (Sputnik) — Earlier in December, the UK parliament voted in favor of extending airstrikes against the ISIL terrorist group, outlawed in Russia and many other nations, from Iraq to Syria.

"We have begun a series of successful strikes against infrastructure targets," Fallon said in a joint press conference with US Defense Secretary Ashton Carter on Friday.

Fallon noted the UK will conduct more "precision strikes against key infrastructure, the oil well heads, the ammunition depots, the logistics, the command and control, the supply routes between Syria and Iraq as we intensify the focus on degrading the support that ISIL [Islamic State] derives from some of these revenue streams."

Fallon emphasized that UK has doubled its strike force in Cyprus, moving aircraft there immediately after the vote.

The country has been conducting airstrikes in Iraq since August 2014 as part of a US-led coalition against the Islamic State.

According to the UK Ministry of Defense, Royal Air Force (RAF) Tornado jets conducted the first airstrikes against the Islamic State in Syria early on Thursday, just hours after the parliament approved the extension of the air campaign.

Russia has been carrying out a separate campaign against the terrorist group, which is outlawed in Russia and a number of other countries, since September 30 at the request of the Syrian government.

The US-led campaign in Syria is conducted without the approval of the Syrian government or the UN Security Council.

Russia Concerned About US Sprawling Network of Military Bases