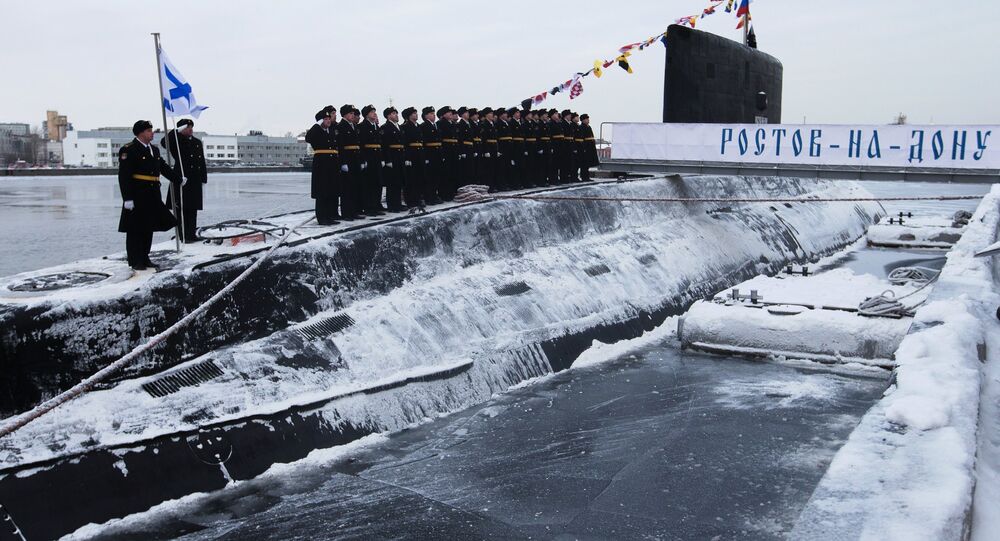 MOSCOW (Sputnik) — Shoigu added that the launch was carried out by the sub from a submerged position.

Shoigu added that the launch was carried out by the sub from a submerged position.

Earlier in the day, Russian media outlets reported about a Russian submarine approaching the Syrian coast.

Russia has been conducting airstrikes against Daesh, outlawed in Russia, in Syria since September 30 upon the request of President Bashar Assad. Russian warships in the Caspian Sea also participated in the anti-terrorist campaign, having successfully fired cruise missiles on IS targets.

Talks on Ceasefire in Syria 'Impossible' Without Common List of Terrorists