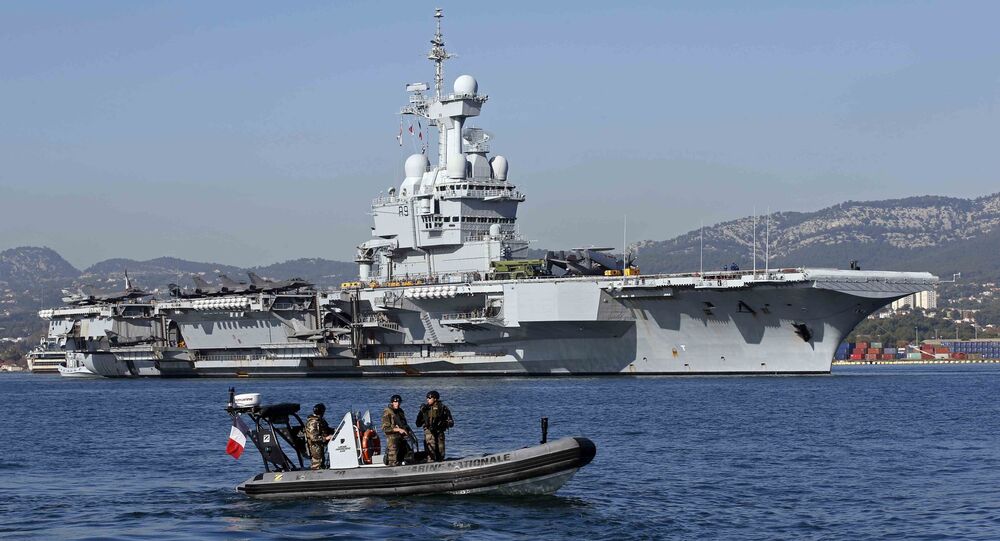 France’s aircraft carrier Charles de Gaulle has taken command of the US Navy’s Central Command Task Force 50, which leads the international coalition’s naval strike operations against the Islamic State, the US Navy announced in a statement on Monday.

WASHINGTON (Sputnik) — France has participated in the US-led coalition against the Islamic State since 2014.

"Charles de Gaulle's presence in the region signals the return of carrier-based naval aviation to the fight against ISIL [Islamic State]," the statement said. "The carrier and embarked air wing, along with the other ships in her battle group, will support strike operations over Iraq and Syria."

The change comes after French President Francois Hollande vowed to intensify attacks on the ISIL, also known as Daesh, following the November 13 terrorist attacks in Paris.

The US Navy noted the French aircraft carrier would assist with providing "a range of flexible and adaptable capabilities to perform theater security cooperation efforts and maritime security operations," which will expand the French navy’s "interoperability with allies in the region."