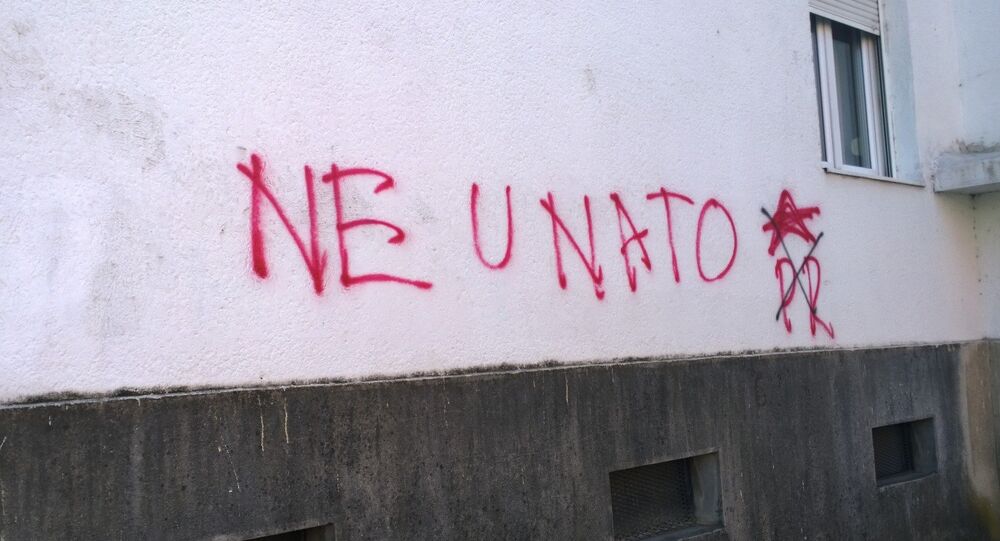 Montenegro joining NATO will not benefit either the Alliance, or Europe, but will make finding collective responses to security challenges more difficult, Russia's envoy to NATO Alexander Grushko said Monday.

"This is a geopolitical plan, there will be no real gain from inviting Montenegro, neither to NATO nor to regional or European security," Grushko said during a press conference at Rossiya Segodnya news agency.

The Russian envoy added that Montenegro was risking losing "good-neighborly relations" with Russia by participating in NATO’s official policy to contain Russia.

© REUTERS / Jonathan Ernst
Excited About Membership? NATO Flag in Montenegro Set on Fire in Protest
According to Grushko, Podgorica’s invitation will continue to complicate the search for collective responses to major security challenges.

The United States and NATO have been building up their combined military presence in Europe, particularly in the Eastern European countries bordering Russia, in response to Russia's alleged interference in Ukraine.

Moscow has repeatedly stressed that it is not a party to the Ukrainian conflict, and that military expansion toward Russia's borders only increases tensions by threatening regional and international security.

What Does the Ideological War for NATO Membership in Montenegro Look Like?