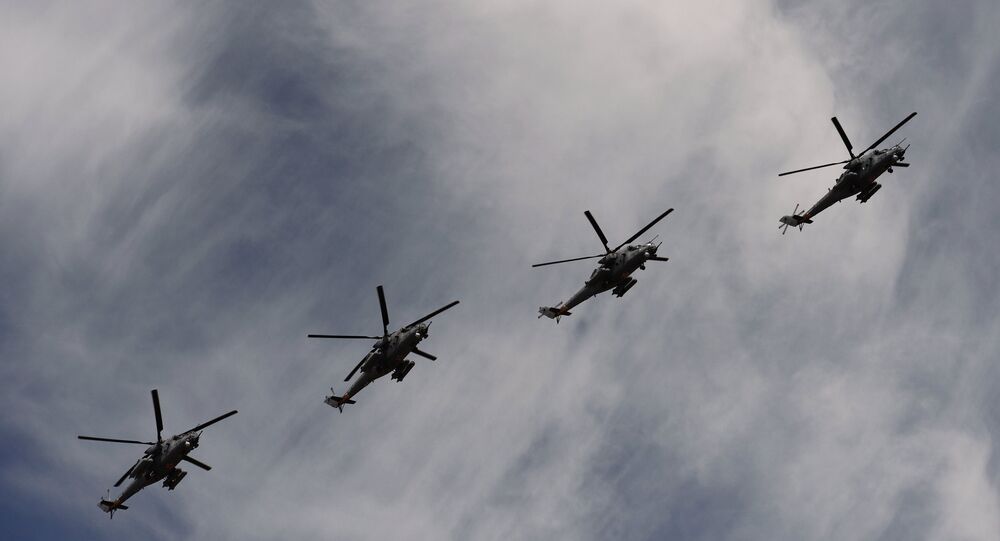 According to Russia's envoy, Moscow is considering arms deliveries to Afghanistan following Kabul's requests to assist in boosting security in the country's east.

MOSCOW (Sputnik) – Russia regards Kabul’s new request for weapons deliveries thoughtfully to provide for security in the country’s eastern regions, but this is the task of the United States and its allies who are still located there, Russian Presidential Envoy on Afghanistan Zamir Kabulov said Monday.

“There have been requests already and they are being reviewed, but this will be done in stages, with thought and reason,” Kabulov told RIA Novosti.

Kabulov said that Russia has armed Afghanistan’s military “quite well,” but said that the United States should handle arms deliveries since “they’re there with their troops alongside NATO and this is their foremost task, especially in eastern Afghanistan.”

© Photo : Youtube/PressTV Documentaries
Is Daesh Capable of Taking Over Afghan Territory?
Afghan media reported over the weekend the Islamic State (IS or Daesh in Arabic) jihadist group has captured at least four east Afghan districts in a bid to establish a self-proclaimed caliphate. Up to 1,600 fighters were reported to have pledged allegiance to Daesh, a terrorist group outlawed in Russia.

The US Department of Defense said it was "aware" of Daesh-affiliated militants' presence in the central Asian country battling an insurgency from the Taliban.

Daesh and its regional affiliate Wilayat Khorasan are said to have gained momentum with the ending of a US-led NATO combat mission last year and a splintered Taliban.

Daesh Militants Get to Seizure of Afghanistan - Media