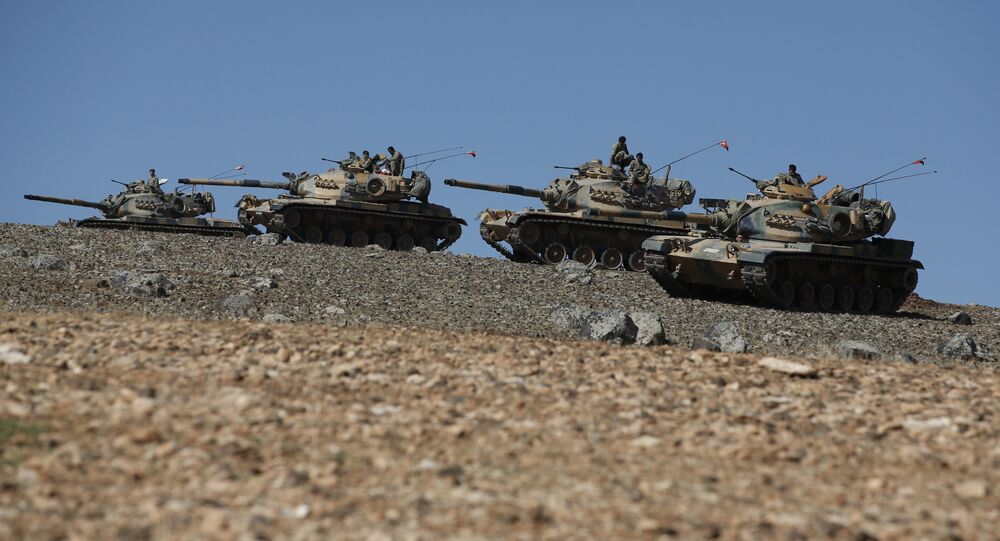 The head of Iraq's parliamentary committee on security and defense, Hakim al-Zamili, in an interview with Al-Araby Al-Jadeed, said that Baghdad could turn to Moscow for help after Turkey had allegedly breached Iraq’s sovereignty.

© AP Photo / Vadim Ghirda
‘Turkish Troops on Iraqi Ground Could Be Used to Fight Against PKK’
Numerous reports suggest that on Friday Turkey sent approximately 130 soldiers to norther Iraq. Turkish forces, deployed near the city of Mosul, are allegedly tasked with training Peshmerga, which has been involved in the fight against Daesh, also known as ISIL.

"We may soon ask Russia for direct military intervention in Iraq in response to the Turkish invasion and the violation of Iraqi sovereignty," Iraqi lawmaker al-Zamili said.

© AFP 2021 / BULENT KILIC
'Turkish Invasion': Iraq Should Treat All Intruders 'Like It Treats Daesh'
Earlier, Hakim al-Zamili threatened Turkey with a military operation if the Turkish soldiers do not leave Iraq immediately.

The parliamentarian reiterated that Turkey sent troops into Iraqi territory without notifying the government.