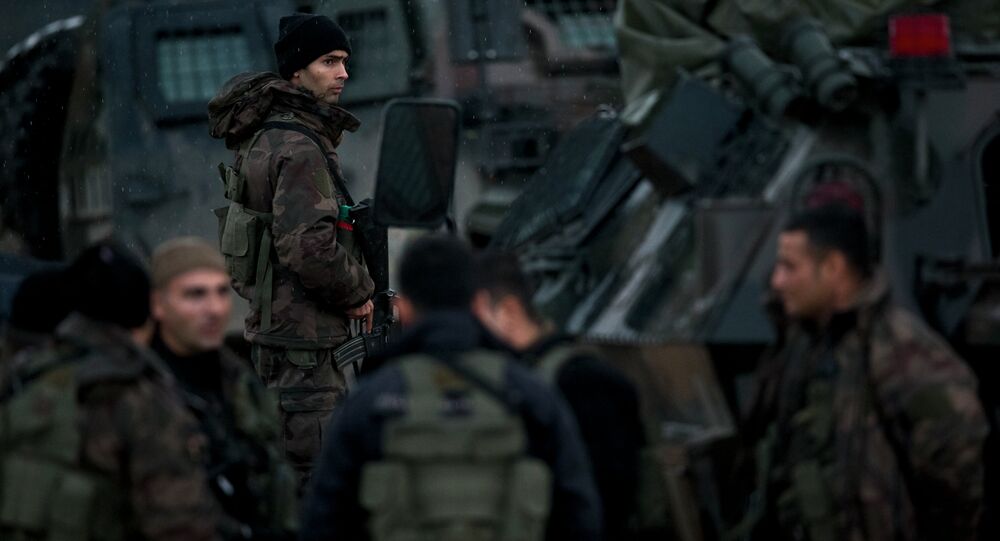 Earlier, various media reports said that about 130 Turkish military personnel had been deployed to the Mosul area allegedly to provide training to Kurdish Peshmerga.

Turkish media earlier reported that around 150 Turkish soldiers backed by 20 to 25 tanks had been transported to the Bashiqa area northeast of Mosul, Daesh's main hub in Iraq.

Speaking to Sputnik in an exclusive interview, former Iraqi advisor to the president Hiwa Osman said, “It is very difficult to tell right now because the full information is not out, but judging by the statements of the Prime Minister and the President of the Republic it doesn’t seem to be any official Iraqi knowledge. There may have been deals with the Kurdish political party on the ground to come and train some of its forces but that is again according to some Turkish officials.”

Osman further said, “We are yet to hear from the KDP as to exactly what is going on because if they are to enter they will be entering through the KDP territory the political party that is led by Mossaud Barzani, President of the region and we haven’t heard anything from him yet.”

“Judging by their track record over the last year and a half, Turkey is really not serious about fighting ISIL and their number one priority is the PKK the Kurdistan Workers' Party that is fighting ISIL and they see them as a threat to themselves. One fear is that these troops could later on fight the PKK,” the analyst noted.

© AFP 2021 / AHMAD AL-RUBAYE
US Backs Turkey’s Crackdown on Kurdish PKK Party Near Iraq Border
“Turkey has done this in the past. They came in the mountainous areas of Iraqi Kurdistan to come after PKK but they weren’t so successful in the past. I don’t think that they will be successful this time.”

Talking about what stance NATO will take on this new development, Osman said that NATO is something that Turkey uses to try and hide behind to avoid fighting ISIL.

“Even with the PKK it has forced many countries to enlist them in their lists of terror because it is using its membership of NATO. They shouldn’t use NATO as carte blanche for everything they want to do. If I was NATO I would seriously reconsider this,” Osman said.

He also said that Turkey started to move only after Russia seriously started to get involved in the war against Daesh (ISIL). “I think they fear that if they don’t do anything, there will be implication that they don’t mind what ISIL is doing in the region.”

He went on to say that since Russia got involved things have started moving faster and had Russia not gotten involved Daesh would have kept growing stronger. “Today there is a serious player i.e. Russia and Vladimir Putin. I think he is the only one in this coalition who knows exactly what he wants and Russian involvement has forced everyone else to be clear in exactly what they want and to find themselves a role.”