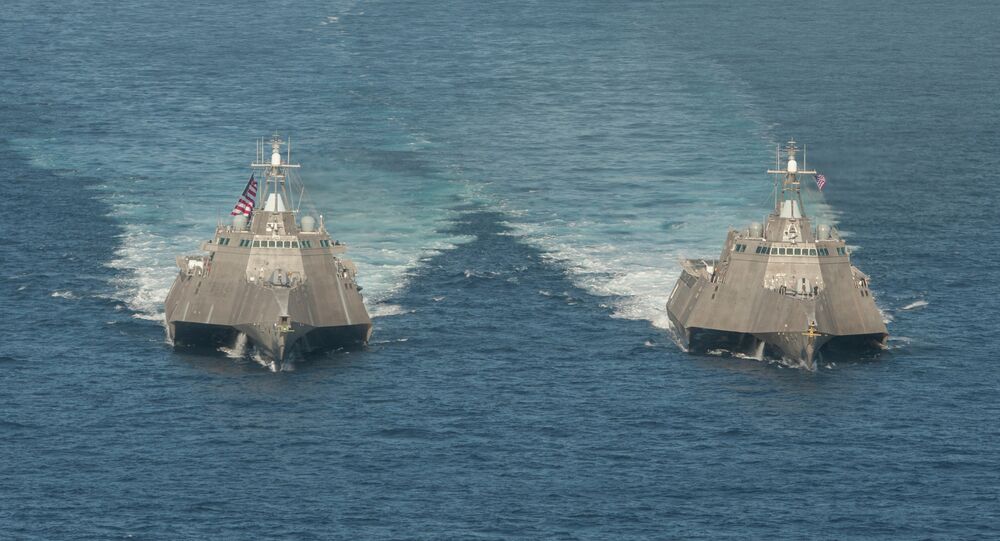 The US Navy will commission the USS Jackson, on Saturday in Gulfport, Mississippi.

© AP Photo / Susan Walsh
US Will Give Two Additional Ships to Philippine Navy to Boost Border Control
WASHINGTON (Sputnik) — The US Navy will commission its latest littoral combat ship (LCS), the USS Jackson, on Saturday in Gulfport, Mississippi, the Department of Defense announced in a news release on Friday.

“Jackson is a fast, agile, focused-mission platform designed for operation in near-shore environments yet capable of open-ocean operation,” the release said. “It is designed to defeat asymmetric ‘anti-access’ threats such as mines, quiet diesel submarines and fast surface craft.”

Littoral combat ships are designed to mount and support amphibious operations and to operate close into hostile shores.

The Jackson’s sea frames will be outfitted with reconfigurable payloads, called mission modules made up of mission systems and support equipment to wage mine countermeasures, anti-submarine warfare, or surface warfare missions, according to the release.

In July, the National Defense journal noted that the littoral combat ship class has been the subject of harsh criticism throughout the US defense industry as critics claim it is unsuitable for warfare and un-survivable in combat.