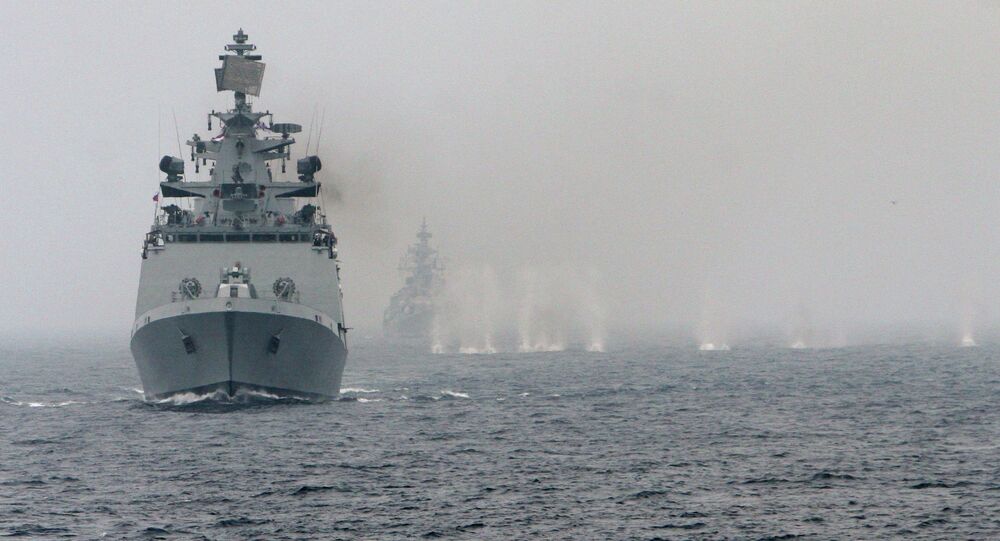 Russia and India will hold the eighth annual joint Indra Navy-15 drills in the Bay of Bengal next week, the Indian Navy said in an official statement Friday.

NEW DELHI (Sputnik) – The December 7-9 command staff phase of the drills is scheduled to be held in the city of Visakhpatnam, followed by an active phase on December 10-12 along its coast.

The Indian Navy will delegate its Sahyadri stealth guided missile frigate, the Ranvir guided missile destroyer, the Shakti replenishment oiler, the Sindhuvir attack submarine and patrol aircraft for the task.

Russia and India have maintained a close partnership in military and technical cooperation for decades. The two countries have been conducting joint military drills annually since 2003.

The exercises are scheduled to conclude with a closing ceremony on board the Sahyadri frigate.