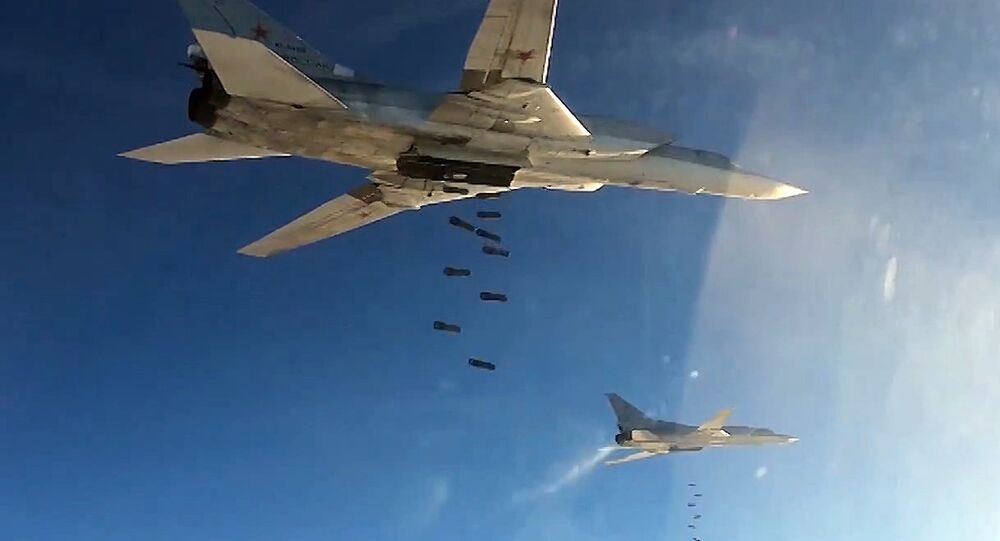 There is no real success in the fight against Daesh without cutting its channels of financing, according to Russia's Defense Ministry.

The number of oil tanker trucks from Daesh (also known as the Islamic State) and whose activities are banned in Russia, has considerably decreased since the beginning of Russian Aerospace Forces airstrikes, the head of the Russian General Staff’s operative command said Wednesday.

"At least 1,722 fuel trucks along roadside parking areas have been discovered using equipment from the [Russian] space reconnaissance. It should be noted that since the beginning of airstrikes by Russian airplanes against facilities of the oil infrastructure in the hands of the Daesh, the number of fuel trucks at parking areas has considerably decreased," Sergei Rudskoy noted.

Russia conducts airstrikes on an oil refinery in Syria.

Russia has been carrying out an air campaign in the Arab republic at the request of the Syrian leadership since September 30.

The General Staff headquarters chief provided space surveillance photographs demonstrating that Daesh currently transports up to 200,000 barrels of oil for processing to third-party countries including Turkey.

Rudskoy further pledged that comprehensive information detailing Daesh-controlled oil facilities in Syria would be published on the Russian Defense Ministry website after the briefing.