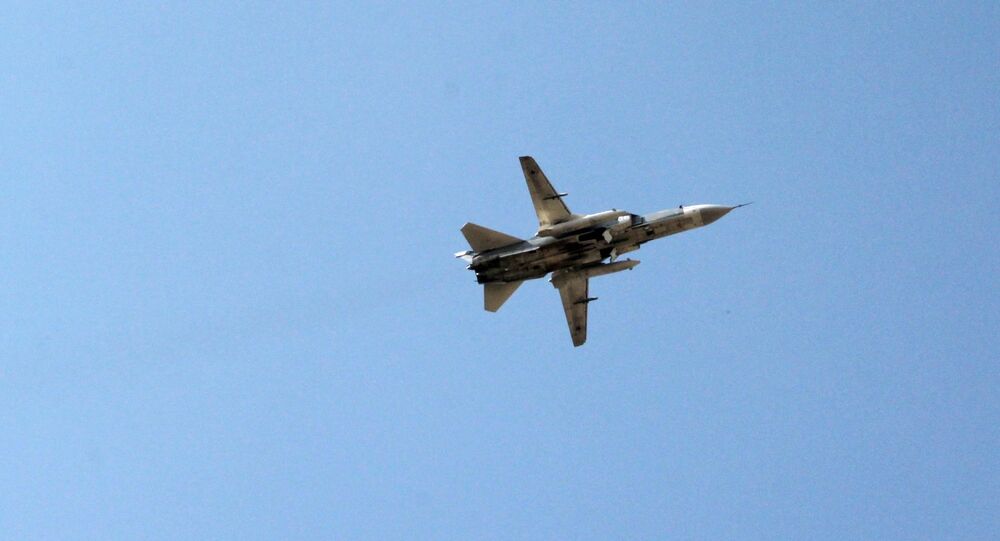 The recent attack on a Russian Su-24 bomber will hardly provoke a military conflict between NATO and Russia. But the both parties need to come to the negotiating table soon, otherwise similar incidents will follow and may eventually lead to a war, Latvian political observer Karlis Dauksts said in an interview with Latvian Radio-4.

© AP Photo
Erdogan Downed Su-24 to Revenge Son's Disrupted Oil Business - Syrian Minister
The expert said that the world community will hardly ever learn the whole truth behind the downing of the Russian bomber as the statements from Moscow and Ankara contradict each other, and both parties will stick to their versions of the story. However, there is still a good chance that NATO and Russia could come to an agreement before the situation spins out of control.

"I don't think this very incident has a chance of growing into something big, but it sure is a very serious situation. I believe that Russia and NATO, having made their announcements, are approaching a defining moment when you have to come to an agreement, because the possibility of a crucial mistake, a provocation and a military conflict is very serious," Dauksts said.

© AP Photo / dpa, Bernd Settnik
Ankara Suspends Air Force Flights Over Syria After Attack on Su-24 - Media
He added that the incident "didn't change anything fundamentally" and the escalation of the conflict triggered by the Su-24 downing is unlikely. The incident, however, brought to light what was never a big secret — this is not just a conflict between extremist groups and the other world, but also a conflict between big countries with their interests and ambitions. And now it is essential to make wise decisions.

On Tuesday, a Russian Su-24 bomber jet was downed by an air-to-air missile launched by a Turkish F-16 jet in response to an alleged violation of Turkish airspace and crashed in Syria, 2,5 miles from the Turkish border.

The Russian General Staff and the Syrian Air Defense Command confirmed that the Su-24 never crossed into Turkish airspace and was downed on Syrian territory.