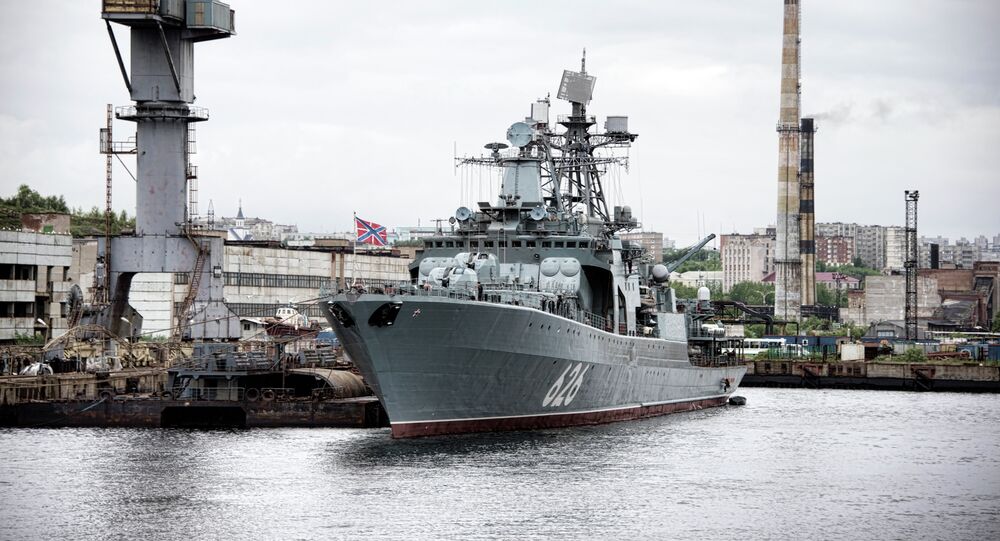 Russia's anti-submarine destroyer conducted anti-terrorism exercises in the Gulf of Aden with the help of aircraft.

"Today, the personnel of the counter-terrorism group have exercised activities to release the captured vessel. Particular attention was given to the rapid and safe movement of the group of marine soldiers on the upper deck, superstructure of the ship and the use of small arms in the inner rooms," Сapt. 1st Rank Vadim Serga said.

Pilots of the destroyer’s crew held drills to practice takeoff and landing of Kamov Ka-27 helicopters on the deck during the ship’s various modes of motion, as well as exercised aerial reconnaissance in the area.

In October, the Vice-Admiral Kulakov, which was commissioned in 1982, performed anti-aircraft drills on its way to the English Channel.