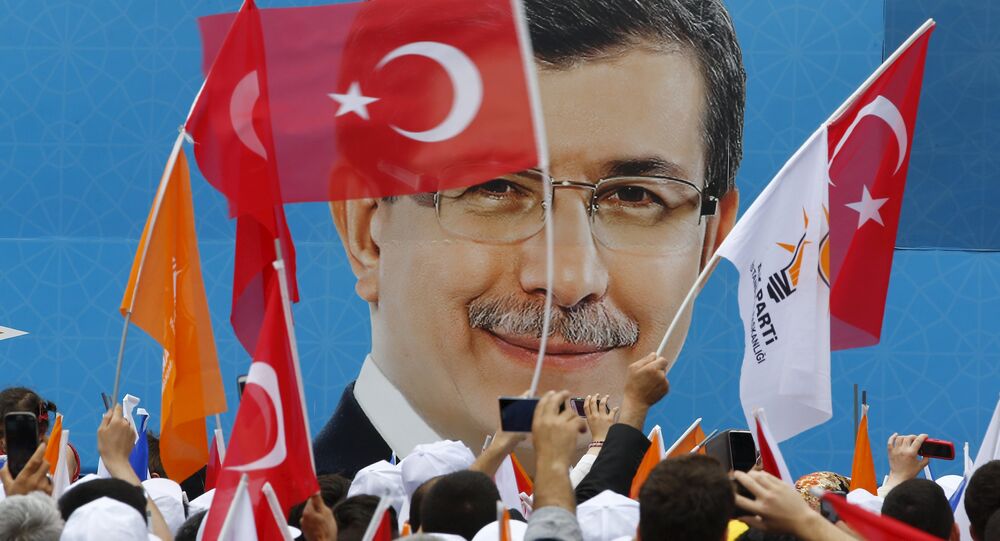 As details continue to emerge about the downing of a Russian bomber along the Turkey-Syria border on Tuesday, Turkish Prime Minister Ahmet Davutoglu has admitted to personally giving the order to fire on the aircraft, Canadian news outlet ThinkPol reported.

Hours after the incident which destroyed a Russian Su-24 bomber and left one pilot dead, Turkish President Recep Tayyip Erdogan went on the defensive, blaming an alleged incursion of Turkish airspace.

Many of the Turkish claims have already been called into question, raising doubts that the incident was a mere in-the-moment misunderstanding. Adding to that doubt are comments made by Davutoglu on Wednesday, in which he took direct responsibility for the crash.

"Despite all the warnings, we had to destroy the aircraft," he said during a meeting with his party, according to Canadian news site ThinkPol. "The Turkish Armed Forces carried out orders given by me personally."

Given the speed with which the incident occurred, it’s hard to know what to make of Davutoglu’s claim. According to the Turkish government’s own letter of explanation written to the United Nations Security Council, the military gave the Russian jet a series of warnings during a five-minute stretch, warning the pilots to move away from the border.

While the Russian Ministry of Defense has provided video evidence proving that the bomber never entered Turkish airspace, Ankara’s claim alleges that the incursion occurred for only 17 seconds.

It’s hard to imagine military personnel getting through to such a high-ranking government official, explaining the situation, and still having time to fire in a 17-second time frame.

Davutoglu’s statements seem to back up comments made by Russian Foreign Minister Sergei Lavrov earlier on Wednesday, suggesting that the incident had been premeditated.

"We have serious doubts that it was unintentional, it looks like a planned provocation," he said. "We are not planning to wage a war against Turkey, our attitude towards the Turkish people has not changed. We have questions only to the Turkish leadership."

In response, Turkey’s Western allies in NATO have urged for calm.

"What we are calling for now is calm and de-escalation," NATO Secretary General Jens Stoltenberg said during a news conference in Brussels on Tuesday. "Diplomacy and de-escalation are important to resolve this question."

This was also echoed by US President Barack Obama, who told reporters "It’s very important for us right now to make sure both the Russians and the Turks are talking to each other to find out exactly what happened and take measures to discourage any kind of escalation."

While one of the pilots was killed by ground fire after ejecting from the aircraft, the other, Captain Konstantin Murahtin, was rescued. Murahtin also denied that his plane ever entered Turkish airspace, and also refuted claims that Turkey had given multiple warnings.