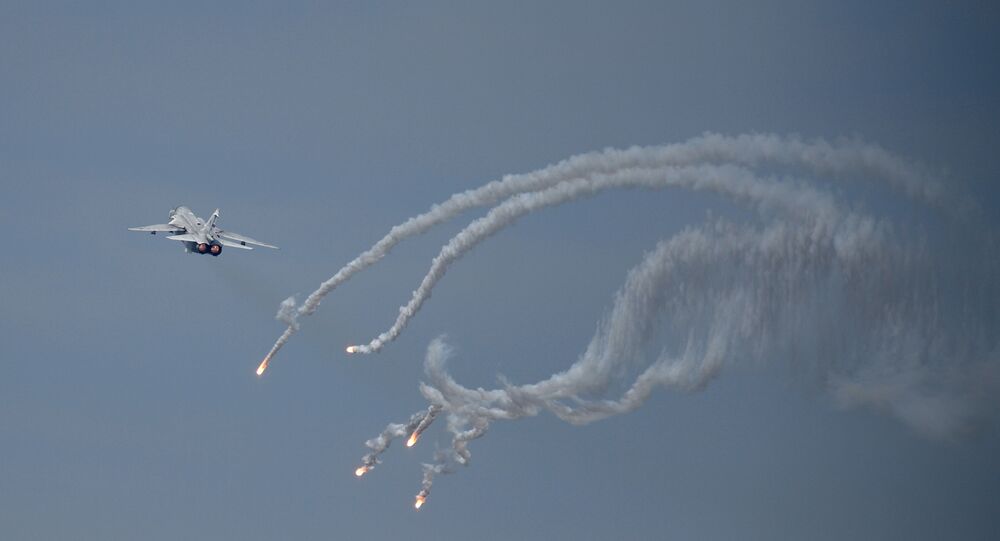 The Turkish permanent representative in the United Nations accused two Russian Su-24 jets of violating the republic's airspace on Tuesday, in a letter to the UN Security Council, obtained by Sputnik.

MOSCOW (Sputnik) — Earlier on Tuesday, a Russian Su-24 attack aircraft was downed by an air-to-air missile while carrying out precision strikes against terrorists in northern Syria.

"This morning (24 November) 2 SU-24 planes, the nationality of which are unknown have approached Turkish national airspace in Yayladagi/Hatay region," the letter by Yasar Halit Cevik said.

One of the planes left Turkish national airspace after a number of warnings, according to the letter.

"Plane 2 was fired at while in Turkish national airspace by Turkish F-16s performing air combat patrolling in that area in accordance with the rules of engagement," the letter read.

According to the general staff, radars at the Syrian Hmeimim air base, on the contrary, registered violation of Syrian airspace by Turkish fighter jet that attacked the Russian aircraft.

Russian President Vladimir Putin described the Turkish attack as a “stab in the back” carried out by “accomplices of terrorists.”

One of Su-24 Pilots Shot Parachuting to the Ground